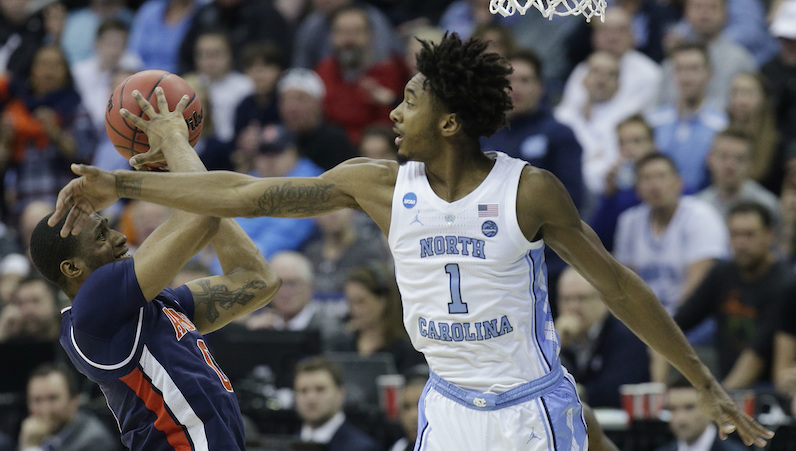 By this point, we know some of the big names that will play ACC basketball next season. Tre Jones returns for Duke. North Carolina grabbed plenty of headlines by landing 5-star combo guard Cole Anthony. Those two guards will match-up at least two times next season. As their careers progress to the NBA, those Duke-UNC games likely won’t be the only times Jones and Anthony go heads up.

There’s no way the league can carve out as many lottery-bound NBA talents next season as it did this year — or perhaps even back in 2017, too. It’s just not feasible. However, there’s still some pro talent that returns to the league outside of Jones.

Of course, guys like NC State’s Markell Johnson, Jordan Nwora of Louisville and Syracuse’s Oshae Brissett (who just landed a combine invite) could factor into this mix, too. The same can be said for Duke big men Marques Bolden and Javin DeLaurier.

For now, though, let’s focus on players that have NBA upside/potential and will, for sure, be back in the ACC next season — ones that aren’t currently testing the draft waters.

Earlier this week, I took a look at the numbers and film behind Florida State wing Devin Vassell, a fast-rising 3-and-D prospect. He’s absolutely one of the guys in this pool of players. With that in mind, here are a few more names to be on the lookout for while contemplating the the 2020 NBA Draft (and beyond).

Make sure to check out my post on Johnson and Forrest from two weeks ago. While looking at how stacked the ACC is set to be at the point guard position in the 2019-20 season, I went into greater detail on why Johnson and Forrest are two of the league’s top prospects.

There was a lot to like with Huff this season — as he evolved from fringe rotation player to key contributor on a national title roster. It wasn’t easy to crack consistent minutes in Virginia’s deep center rotation, but the 7-foot Huff showed that he could provide value to an offense that featured three soon-to-be NBA Draft picks.

Huff brings stretch to the frontcourt from the center position (63.6 eFG% on catch-and-shoots), which is a serious bonus — the ability to lift a defense and space the floor. The big fella went 14-of-31 on 3-point attempts (45.2 3P%), and showed some ability to put the ball on the floor and beat a closeout when needed.

There’s still a lot of room for improvement here, but to be able to play with this type of skill/coordination at his size is intriguing. It also plays into Huff’s overall shot chart, which is rather impressive, too. According to Bart Torvik’s data, Huff finished the season with 29 dunks (50 percent of his total field goals), and shot 42-of-52 (80.8 FG%) at the rim.

By these numbers, over 86 percent of Huff’s field goal attempts were either at the rim or from beyond the arc. Those who worship at the alter of Daryl Morey (raises hand) love to see that type of distribution.

As Virginia altered its offense for the 2018-19 season — utilizing more spread pick-and-roll elements — Huff found new ways to contribute, too. He was a big fan of these flowy, empty-side looks — diving to the rim for drop-off dishes.

Huff scored 1.33 points per possession (73.3 FG%) on basket rolls or slips to the hoop this season, per Synergy Sports. These are monster numbers.

It should go without saying, but defense remains the big concern for Huff. He needs a whole lot of work on that end of the floor, especially with how he guards ball screens. Huff has the size to block and deter shots at the rim (3.7 blocks per 40 minutes for his career), but put this guy in space and it can get real dicey.

If Huff makes strides on that end of the floor, though, there’s serious potential with his offensive efficiency.

If not for the rapid ascent of Florida State center Mfiondu Kabengele, NC State’s DJ Funderburk would’ve been the ACC’s Sixth Man of the Year in 2019. During his first season with the Wolfpack, Funderburk emerged as a bouncy rim-running 5, capable of having an impact at the rim on both ends.

Funderburk shot 78.5 percent from the free throw line, which is rather good for a young big; he posted a true shooting rate of 66 percent against top-50 competition, too. The 6-foot-10 center was one of 25 Division I players to finish with a true shooting rate above 62 percent and a block rate (he has long arms) of five percent.

The offensive glass is where Funderburk does a lot of his handiwork, too. Funderburk posted an offensive rebound rate of 11.1 percent; according to Synergy, Funderburk shot 66 percent on put-back attempts this season. That ranked third in the ACC behind Kabengele and Zion Williamson.

According to Synergy, Funderburk shot 56.5 percent on basket rolls this season. He’s built more like an end-to-end rim-runner; however, Funderburk is also pretty good at creating and holding room in the post. This seal maneuver is one of this go-to moves.

As of right now, Funderburk doesn’t offer much stretch: 7-of-26 3-point attempts (26.9 3P%). But he showed some range this season, and it’s something NC State works on. If you watch the Pack practice, you will see them putting the centers through 3-point shooting drills. (Remember: he’s a pretty good free throw shooter.)

Funderburk also averaged 5.9 fouls per 40 minutes this season. That’s too high, and needs to come down in the 2019-20 campaign.

This may be my favorite under-the-radar prospect in the ACC: Leaky Black. The least-heralded player in North Carolina’s star-studded 2018 recruiting class — behind Nassir Little and Coby White — Black saw limited playing time during the 2018-19 season. Black appeared in only 23 games, and played just 17 total minutes after an ankle injury at Georgia Tech on Jan. 29.

When he was on the floor, though, Black did enough stuff to indicate that he’s a really interesting two-way prospect. At 6-foot-7, Black is long and rangy, and has the ability to guard a variety of positions. He shot 5-of-12 on 3-point attempts and has some point guard skills after handling the ball a lot during his prep days. Black even showed a little touch through his floater game this season.

While Cole Anthony and Christian Keeling will handle the ball plenty next season, too, it will be worthwhile to see what type of play-making chops Black (4.6 assists per 40 minutes) can showcase. Does he have the ability to unlock Theo Pinson-levels of connector status?

The defensive end of the floor is really where Leaky Black has a chance to stick out. In a limited sample, Black proved to be intriguing from a stocks (steal and blocks) perspective as well. Black posted a steal rate of 3.1 percent and averaged 2.4 steals per 40 minutes.