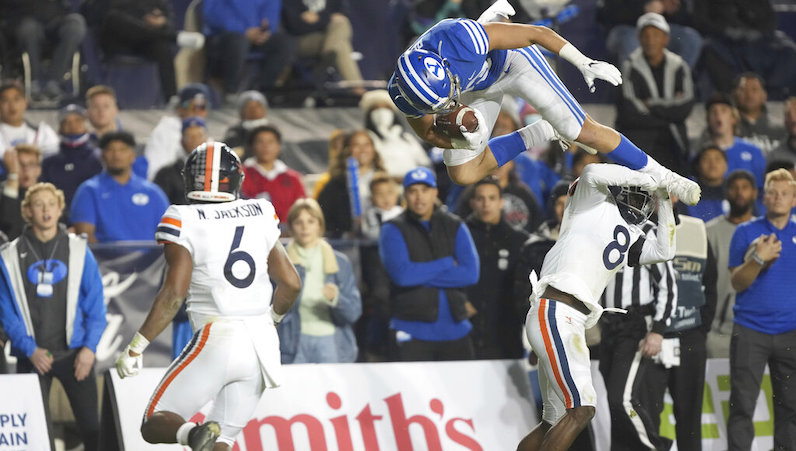 Kamren Robinson, one of the top prospects in the state of Virginia, will remain close to home to play college football. On Friday, the 3-star linebacker committed to Tony Elliott and Virginia.

Robinson, who plays for Tappahnnock (VA) Essex High, is a 6-foot-2, 215-pound linebacker; 247 Sports ranks him as the No. 8 overall prospect in Virginia. He’s a Top 500 prospect overall for the 2023 recruiting class.

Robinson took an official visit to Charlottesville a few weeks back. In the end, he picked UVA over a host of other offers, including Boston College, Florida State, Tennessee, Indiana, Pittsburgh, Penn State and Ole Miss — among others.

As Elliott works to assemble his first full class with the Cavaliers, Robinson is the 10th commitment — with 50 percent of those players coming from within the state of Virginia. Robinson joins running back Donte Hawthorne, offensive lineman Cole Suber, defensive lineman Rodney Lora and Miles Greene, another defensive lineman.

According to 247 Sports, Robinson is the top-ranked recruit of this mix of players.