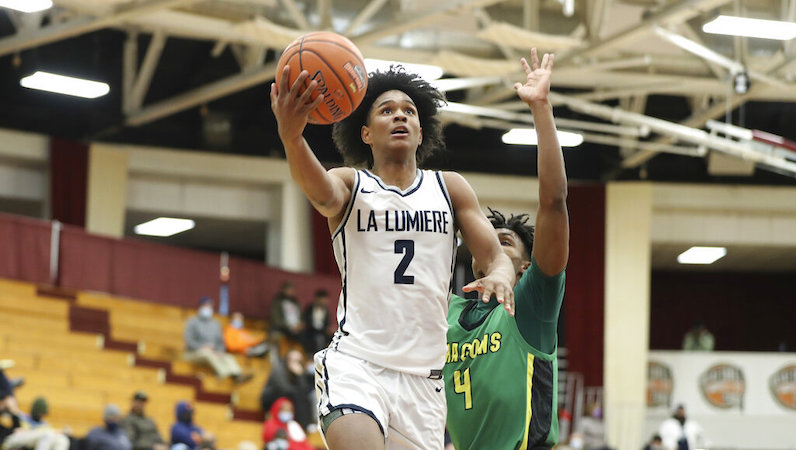 Aden Holloway, according to a report from Eric Bossi of 247 Sports, is down the four schools, including two from the ACC. Wake Forest and Miami both made the cut — along with Auburn and Tennessee.

This means that Steve Forbes will go heads-up with his old boss, Bruce Pearl, to try and land Holloway, a 4-star point guard in the 2023 recruiting class.

2023 4⭐️ Aden Holloway is down to four schools, per @ebosshoops, with a decision expected to come at some point in July. Here are the four schools he’s considering:

One of the best guards in the country and the #27 player in the ESPN100. pic.twitter.com/1B4ZsmoZhY

Holloway is a Top 45 overall prospect in the 2023 class and the No. 7 point guard, according to 247 Sports. At just 6-foot, 155 pounds, Holloway is a gift floor-general, who can organize a half-court offense.

Currently, Auburn and Pearl project as the favorites to land Holloway; however, Wake Forest is in a good position, too.