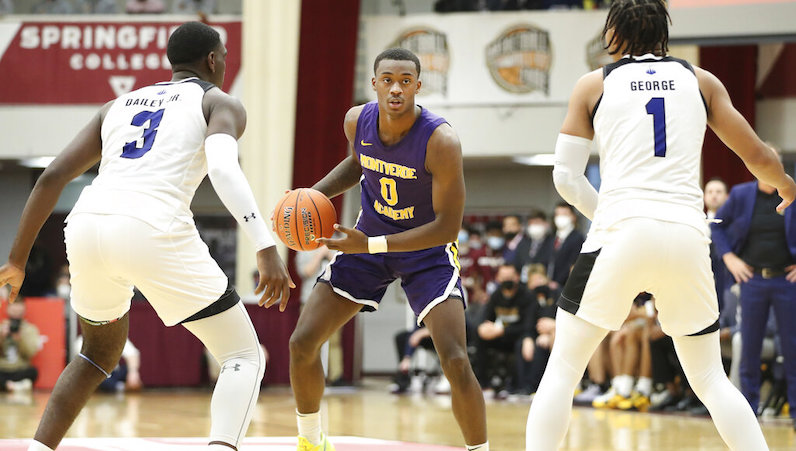 The 2023 NBA Draft is a year from now, but the event looms as a pivotal team-building event, one that could alter the shape of the league for decades to come. That may sound hyperbolic, but it’s not that farfetched. That’s because the top of the draft is loaded with several potential franchise players, led by Victor Wembanyama, a 7-foot-2 center from France who looks poised to redefine the game.

Beyond Wembenyama, prospects like Scoot Henderson and twins Amen and Ausar Thompson lurk as future stars.

After that tier, though, Duke’s Dariq Whitehead enters the fold. Currently, Whitehead projects as a Top 5 pick. With the Thompson twins playing for Overtime Elite, Whitehead will be in contention for college basketball’s top NBA prospect next season.

For now, Whitehead projects to be in a tier of his own among ACC prospects, although the return of NC State’s Terquavion Smith adds another layer of intrigue. Obviously, Whitehead will be one of several one-and-done prospects to emerge from the ACC. Let’s take a look at those potential prospects.

Keep in mind: the 2021-22 season brought Blake Wesley to the ACC. Wesley went from fringe Top 100 prospect to a first-round draft pick. That type of development arc doesn’t occur all too often; however, it can happen. The preps-to-pros pipeline is still refreshing itself after missed development opportunities following two-plus years of interruptions due to the COVID-19 pandemic.