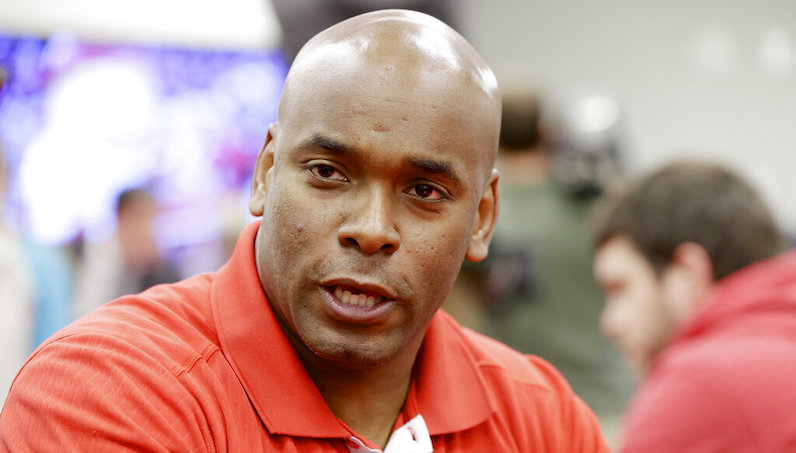 FILE - In this Jan. 8, 2015, file photo Nebraska defensive backs coach Charlton Warren talks to reporters at a news conference in Lincoln, Neb. Warren is leaving the Cornhuskers to take a similar job at North Carolina. A person with knowledge of Warren's hiring told The Associated Press on Friday, Feb. 13, 2015, that Warren would replace cornerbacks coach Dan Disch, who was fired. The person spoke on condition of anonymity because the North Carolina has not made an announcement. (AP Photo/Nati Harnik, File)

After an official visit to North Carolina, Tobe quick announced his decision: he’ll be a Tar Heel.

Tobe was an in-demand prospect; earlier this summer, he took official visits to Boston College, Iowa, Central Florida and Illinois. In the end, though, UNC and its co-defensive coordinator and defensive backs coach Charlton Warren won out.

Warren was integral in the decision-making process for Tobe, according to Inside Carolina.