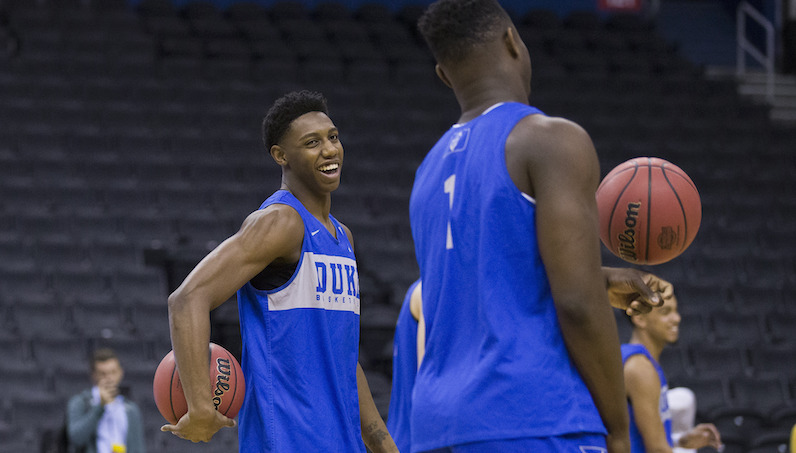 It’s official: The NBA has announced its 66 initial invites to the 2019 NBA Combine. That number can change, slightly, but this is an impressive bunch of prospect — led by Zion Williamson.

Williamson is certainly the top player to receive an invitation; however, he’s one of many ACC draft prospects to land an invite. Not including former Syracuse signee Darius Bazley or current NC State signee Jalen Lecque, who were invited, too, 14 guys that played basketball in the ACC this season received an NBA combine invitation.

That’s an impressive list of players, representing eight of the 15 ACC Men’s Basketball programs. Over 21 percent of the players invited to the combine this year played in the ACC during the 2018-19 season. The combine will take place in Chicago from May 15-19.

Again, that number could increase, too. Eight ACC players were also invited to the G League Elite Camp (May 12-14), which could lead to an invitation to this year’s combine.

Here’s a look at the full list of players:

The NBA officially announces the 66 players invited to the NBA Combine in Chicago pic.twitter.com/1o2U0XShtk

NBA Combine, G League Elite Camp: What Does it Matter?