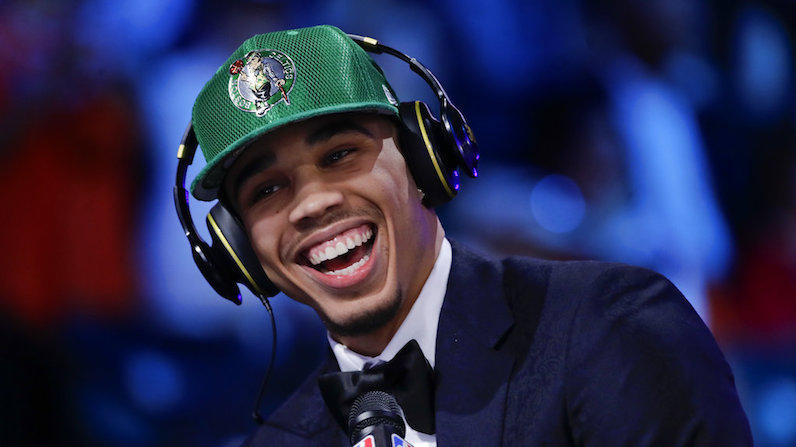 Duke's Jayson Tatum answers questions during an interview after being selected by the Boston Celtics as the third pick overall during the NBA basketball draft, Thursday, June 22, 2017, in New York. (AP Photo)

The 2017 NBA Draft took place Thursday night in Brooklyn — site of the ACC Tournament. The conference set a record with 10 first round picks.

At the end of the first round, here’s a look at which ACC players have been selected.