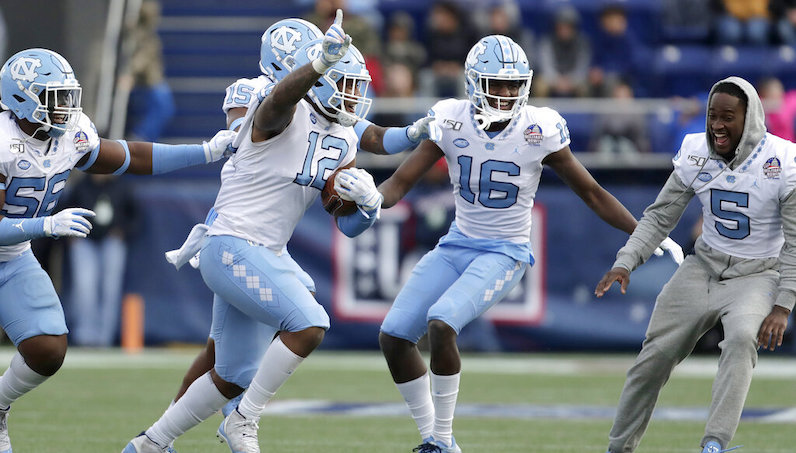 The start of July turned out to be a massive day for North Carolina football. UNC landed commitments from two key 2023 prospects: Jaybron Harvey and Robert Grigsby.

Harvey is a 6-foot-3, 215-pound edge rusher from Durham (NC) Southern High. He took four official visits this summer, including an early June trip to nearby Chapel Hill. In the end, though, Harvey picked North Carolina over Oklahoma, South Carolina and Louisville. That’s a solid trio of teams to beat out for Harvey.

According to 247 Sports, Harvey, a 4-star prospect, is a Top 25 edge rusher in the 2023 recruiting class and a Top 10 prospect from the state of North Carolina. Harvey’s recruitment was led by Tommy Thigpen and Gene Chizik.

Harvey is the top-ranked 2023 commitment for North Carolina, currently.

UNC’s 2023 recruiting class now sits at 11 commitments, including three from the state of Georgia: Grigsby, cornerback Kaleb Cost and linebacker Caleb LaVallee. All three of 3-star prospects, per 247 Sports.

Is the ACC ready for what’s next in realignment?