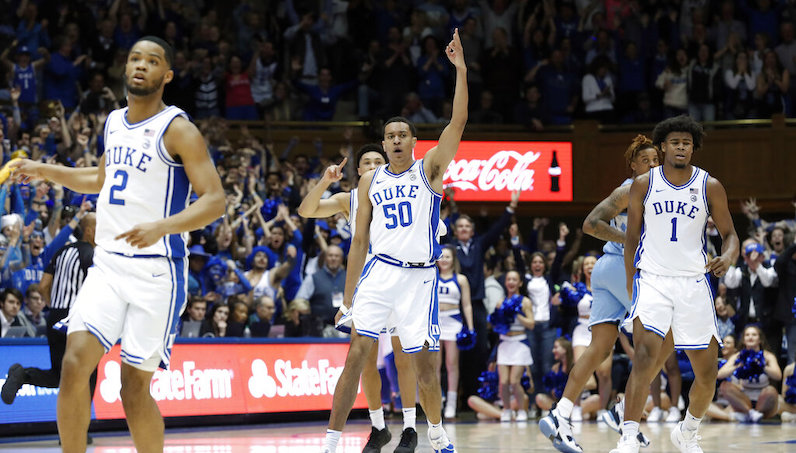 Mookie Cook, one of the top prospects in the 2023 basketball class, has seen a shift in his recruitment.

Initially, Cook, a 5-star small forward for Compass Prep, committed to Oregon back in late March. That commitment, however, didn’t last long; Cook flipped and de-committed from the Duck last week, in late June.

With his recruitment re-opened, Cook is taking a deeper look at other programs. According to Joe Tipton at On3 Sports, Cook will consider six options: Arizona, Kentucky, Gonzaga, Oregon (still), the G League Ignite and Duke.

One quick caveat with the Blue Devils, though: Duke has yet to offer the 6-foot-7 wing. That could change soon, however. Duke’s staff is set to watch Cook play in this weekend’s Nike EYBL event in Kansas City, per Tipton.

Duke, of course, already has a monster class in place for 2023. In fact, the Blue Devils rank No. 1 in 247’s team rankings, featuring four Top 25 prospects.

Tyrese Proctor, a 5-star guard out of Australia, was initially set to join Duke in this class, too; however, he reclassified to 2022 and will feature prominently with next season’s roster.

Inside The Playbook: How does Jacob Grandison fit with Duke’s roster for 22-23?