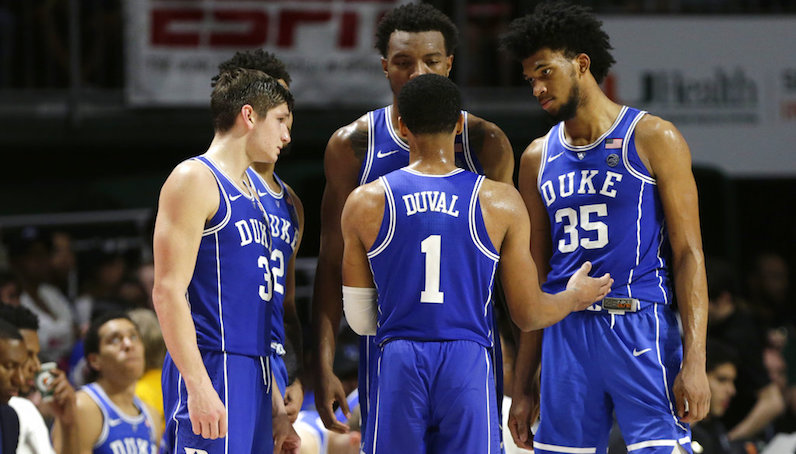 The NBA announced 69 players that will attend this year’s draft combine up in Chicago, later this month. Of that group, 11 players hail from the ACC — representing 6 different schools.

Each player from Duke’s starting lineup this season received an invitation. Duke and Kentucky tied for the most players with invitations to this year’s event (5).

(Note: Duke has a good chance to land four players in the first round of this year’s draft — something that hasn’t happened since 1999.)

Theo Pinson, North Carolina (this one is actually pretty surprising)