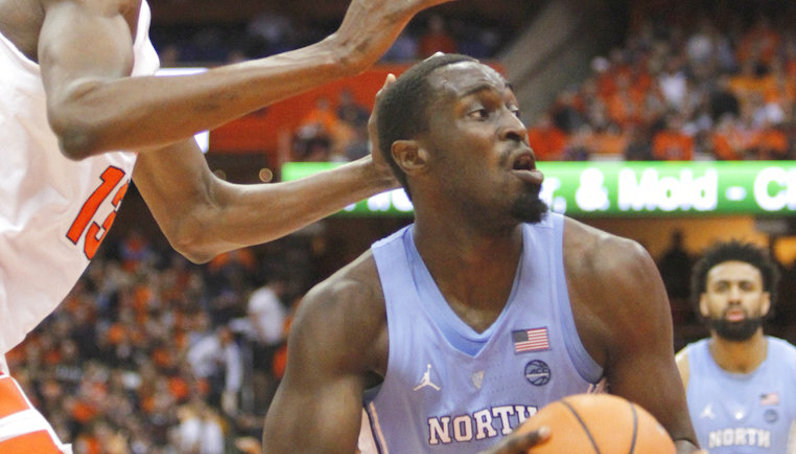 To say it’s been a tenuous day for the sport of big-time college basketball is a bit of an understatement. The next few weeks, and beyond, will be a verity interesting time for hoops.

Until we learn more information, though, the ACC Analytics tab’s weekly Bracketology feature will continue — one key stat for each that’s currently projected in the field of 68, per BracketMatrix.com.

With less than two weeks to play in the ACC regular season, the NCAA Tournament bubble outlook is slightly more clear — as it slips further and further away from Louisville. Without further adieu, let’s jump right in.

Virginia’s defense is more than just the nation’s most efficient unit; the Cavaliers also have a chance to be one of the greatest defenses in ACC history. Part of what makes UVA so stingy on that end: powerful post defense.

According to Synergy Sports, Virginia is No. 1 in the nation at defending post-ups. The Cavs allow just 0.45 points per possession on 33.3 percent shooting. The kicker, though: havoc caused by UVA’s post-to-post double teams. Opponents have turned the ball over on 29.9 percent of their post-up possessions against Virginia (No. 4 in the nation), per Synergy.

In the four games without Marvin Bagley, Grayson Allen has averaged 23.8 points (45.9 FG%), and Duke has gone a perfect 4-0. Allen gets most of his own offense from handoffs, pindowns, spot-ups and transition attempts. However, as he’s moved into a larger ball-handling role, Allen has found some production out of the pick-and-roll, too.

The ubiquitous Theo Pinson do what he usually does in North Carolina’s win at Syracuse — a little (lot) of everything. Pinson went for 23 points, seven assists (44.7 percent assist rate) and six rebounds. According to Sports Reference, Pinson became the seventh Tar Heel since 2010-11 to go for 20 points, five rebounds and five assists — on 50 percent shooting — in the same game.

For the season, Theo Pinson has an offensive rating of 113.5 points per 100 possessions, per KenPom.

Starting point guard Shelton Mitchell sustained a concussion in the final minutes of Clemson’s overtime loss at Florida State. Mitchell has missed the last two games while in the concussion protocol — losses to Duke and Virginia Tech.

The Tigers still have lots of firepower on offense, thanks to Marcquise Reed, Gabe DeVoe and Elijah Thomas; however, with Mitchell out — and Donte Grantham sidelined, too — Clemson has had issues scoring the ball over the last week.

In the losses to the Blue Devils and Hokies, Clemson shot a combined 36.4 percent from the field and 28.6 percent on three-pointers. According to KenPom, the Tigers scored under 91 points per 100 possessions in both games.

Florida State is on pace to have its most efficient offense of the Leonard Hamilton era in Tallahassee; a big part of the team’s success has been its ability to launch from deep.

Phil Cofer’s evolution into one of the best stretch-4s in college basketball is significant; Braian Angola is a difference-maker, too. Right now, Florida State ranks fourth in the ACC in efficiency on spot-up possessions: 1.01 points per possessions, according to Synergy.

Those two haven’t been alone, though. Freshman wing M.J. Walker is 41-of-106 on three-pointers this season — 38.7 percent. Amongst ACC players with at least 100 spot-up possessions, Walker ranks No. 9 in efficiency: 1.13 points per possession, 45.5 percent shooting.

As I discussed earlier this week, Miami has (predictably) experienced issues on offense without Bruce Brown — Lonnie Walker and Dewan Huell, in particular.

In Miami’s win over Notre Dame, the Hurricanes mixed things up: Jim Larranaga went big with his starting lineup. Ebuka Izundu made his first start of the season, and played 26 minutes — one shy of tying a career high.

Izundu scored 14 points on 7-of-8 field goal attempts; according to Synergy, the 6-foot-10 was a perfect 3-of-3 on put-back attempts after an offensive rebound. Izundu went 2-of-2 on pick-and-roll attempts, and was 2-of-3 on post-up possessions.

Part of what makes Virginia Tech so powerful on offense — the Hokies are on pace to have a top-25 offense for a second straight season — is an effective transition game.

Led by the distribution of Justin Robinson, Virginia Tech ranks 18th nationally in efficiency on transition possessions, per Synergy — 1.18 points per possession. Ahmed Hill, Nickeil Alexander-Walker, Chris Clarke and Justin Bibbs are all shooting above 60 percent in transition.

In NC State’s 82-66 win over Boston College, two newcomers caught fire: Sam Hunt and Braxton Beverly went a combined 9-of-10 from beyond the arc. Overall, the game was the seventh time since 2010-11 that NC State has attempted at least 20 three-pointers in a game, and made at least 50 percent of those shots.

Three of those seven games have happened this season. In those three performances, Beverly and Hunt have gone a combined 22-of-36 on three-point attempts (61.1 percent), which is ridiculous.

It’s been a bounce-back season defensively for Syracuse; the Orange rank No. 10 in the nation in defensive efficiency, per KenPom. Obviously, the team’s patented 2-3 zone is humming, but Syracuse has done well in transition, too.

According to Synergy Sports, Syracuse is allowing just 0.95 points per possession (47 FG%) in transition, which ranks No. 59 in the nation and fourth in the ACC.

Without Marvin Bagley: Duke’s Wendell Carter shows off the entire range of skills