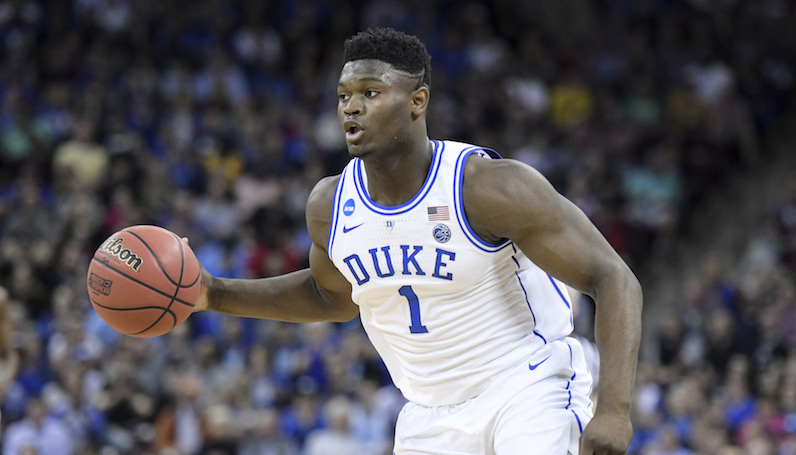 Duke forward Zion Williamson (1) dribbles the ball against Central Florida during the first half of a second-round game in the NCAA men's college basketball tournament Sunday, March 24, 2019, in Columbia, S.C. (AP Photo/Sean Rayford)

Preparing for the NBA Draft is a year-round process, but we’re at that point in the calendar season when college prospects start to announce decisions. Here’s a underclassman tracker for for ACC NBA Draft prospects. This is broken into a couple categories, including one with guys that are still active in the NCAA Tournament. (As of right now, this is where the league’s best prospects still exists, which is kinda nice from a scouting perspective.) There will be updates throughout the process.

It should be noted, too: draft rules regarding players and agents are different now. This is something that should absolutely be kept in mind going forward.

Declared for the NBA Draft — Gone or Likely to Leave

Some of these players are almost certainties to at least test the draft waters. (An asterisk has been placed next to those names — guys that are real NBA prospects, who will also likely at least go through the pre-draft process.)

Others — like Dwayne Sutton, for instance — have limited eligibility left and it wouldn’t hurt to explore the process. And then there are guys like DJ Funderburk; he isn’t a real prospect at the moment, but there could be interest — for a number of reasons — why he’d enjoy/benefit from going through the pre-draft process.

Keep an eye on: Virginia

March Madness is now in the rearview mirror, which means it’s time for Virginia players/prospects to make some decisions. So far, only Ty Jerome has announced his decision. De’Andre Hunter will likely follow suit in the very near future.

There are also some deeper draft prospects on Virginia’s rosters, including some that could decide to test the waters; however, I’d expect some of these names to almost certainly be back in college for the 2019-20 season.