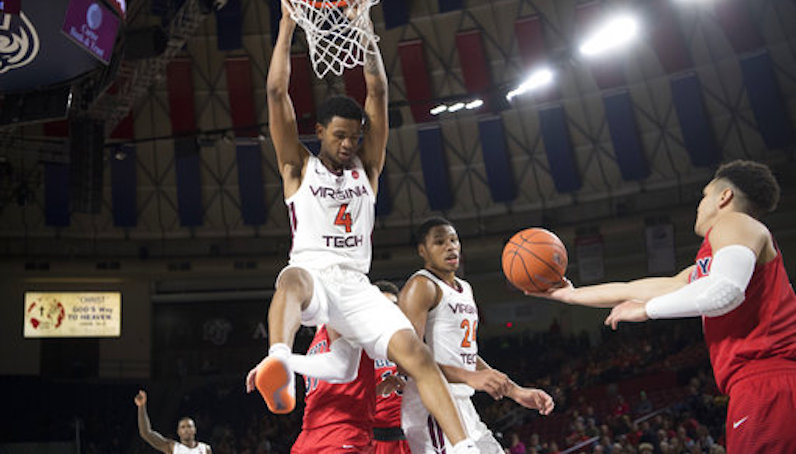 There’s a lot of change going on with Virginia Tech Basketball these days; however, this news item was far more predictable. On Sunday night, Nickeil Alexander-Walker announced his decision to enter the 2019 NBA Draft.

I am forever indebted, you accepted a young kid from Scarborough with open arms. This is always gonna be a place that I call home. I will never forget the first feeling of stepping on Cassell floor. Again Thank You. You are Loved dearly!🧡 pic.twitter.com/ojXxHzHnYR

An All-ACC guard in 2019, Alexander-Walker made a massive jump during his sophomore season — going from spot-up defender to one of the better passers in the country and a dynamic two-way wing prospect.

NAW averaged 16.2 points, 4 assists and 1.9 steals per game (2.2 steals per 40 minutes). His assist rate skyrocketed — from 10.6 percent assist rate last season to 24.6 percent this year (No. 210 in the nation). His usage rate jumped, too: 26.3 percent. Despite the increase in usage and playmaking duties, NAW remained pretty efficient: 54.6 percent effective shooting.

After quickly climbing draft boards at the start of this season, Alexander-Walker has settled in as a top-20 prospect in this year’s NBA Draft. It would be the opposite of a surprise to see him land inside the lottery, too.

The rise of Canadian basketball inside the ACC: RJ Barrett and NAW