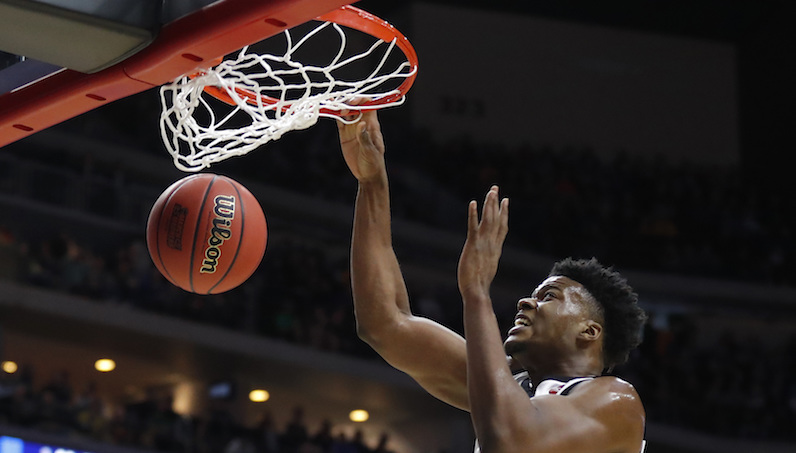 A day after his teammate Jordan Nwora an NBA Draft decision, center Steven Enoch did the same thing. Enoch, one half of Louisville’s center platoon along with Malik Williams, has entered the 2019 NBA Draft, and will go through the pre-draft process. According to a release from program, Enoch will retain his college eligibility, though.

The NBA and the NCAA continue to shape the undergraduate process of determining draft prospects in a more refined way. I fully support Steven as he tests the draft waters on where he stands in his basketball future. When the time comes to make his decision it will be with feedback straight from the source, the NBA

The 6-foot-10 Enoch showed some stretch to his offensive game, too: 14 3-pointers (36 3P%). In ACC play, he posted an offensive rebound rate of 9.5 percent, which ranked 15th in the conference, according to KenPom.

For whatever it’s worth, Enoch isn’t a real NBA prospect, but (especially with the new rules) it’s worth going through the process and getting feedback. There’s nothing to lose.

Nwora declares for the 2019 NBA Draft