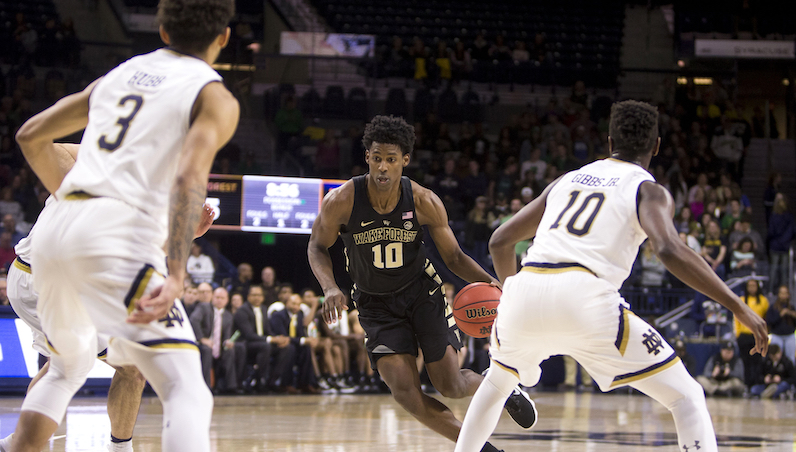 In late March, just a few weeks after the end of Wake Forest’s season, freshman forward Jaylen Hoard announced his decision to test the NBA Draft waters. Initially, Hoard filled paperwork but had yet to hire an agent.

Over this past weekend, though, Hoard solidified that professional commitment; the former 5-star star recruit officially declared for the draft. Hoard plans to pursue a pro career and will not return to Wake Forest.

Good luck to Jaylen Hoard as he declares for the NBA Draft. We are looking forward to watching you play at the next level. #GoDeacs

From Hoard: “I had an incredible time at Wake Forest. I want to thank Coach Manning and the entire coaching staff for believing in me and giving me the opportunity to play here. I am grateful for everything they have taught me. It was a great experience and I am now excited to continue my journey at the next level.”

During his freshman campaign, the 6-foot-8 Hoard posted solid counting stats: 13.1 points and 7.6 rebounds per game. A high-usage player (24.8 percent usage rate), Hoard lacked efficiency, though. Hoard shot just 22.6 percent on 3-pointers: 12-of-53 3PA. Hoard finished this season with an effective shooting rate just under 48 percent, which is less than optimal.