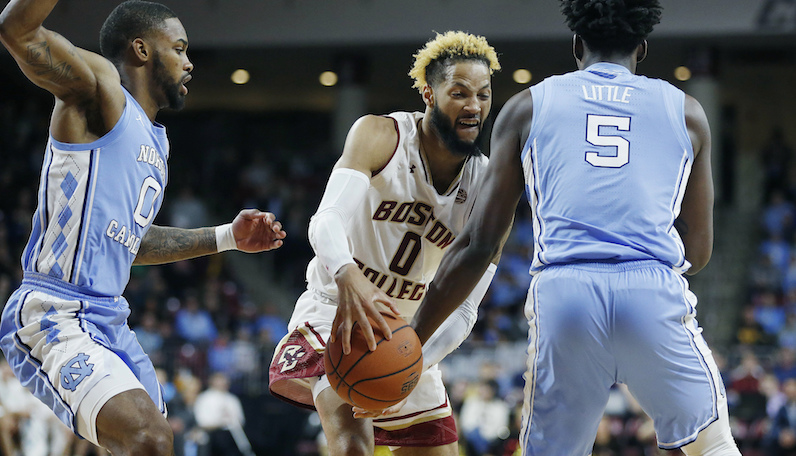 One of the most-decorated players in the ACC and Boston College history is headed to the NBA. Following three seasons with Boston College, Ky Bowman has declared for the 2019 NBA, which comes as little surprise.

Enjoyed my past three years at BC I am thankful for all my teammates coaches and friends I have made on this journey. An I am glad to announce I will be taking the next step in my life by… https://t.co/choz5hBNon

The 6-foot-1 Bowman tested the NBA Draft process in 2018, too; this, however, is different. The three-year starter at point guard won’t return to BC. Bowman will sign with an agent.

Boston College's Ky Bowman announces that he will enter the 2019 NBA Draft and sign with an agent, per his Instagram page. College career is over.

This decision was predictable, but it certainly will certainly make things more of a challenge for Jim Christian and BC next season.

Bowman likely grades out as a late-second round pick.