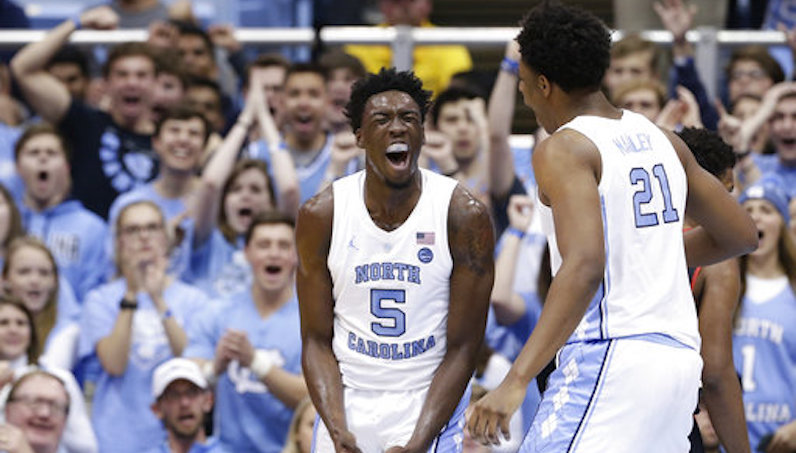 This comes as little surprise: After one season at North Carolina, Nassir Little was enter the 2019 NBA Draft and forgo his final three seasons of eligibility. Little is viewed as a late lottery/mid first round prospect.

While coming off the bench his entire freshman season, Little — who entered UNC with a great deal of hype — played in 36 games. He averaged 18.2 minutes, 9.8 points (24 percent usage rate) and 4.6 rebounds per game.

Little proved to be a skilled offensive rebounder (9.2 percent offensive rebound rate) who could make plays at the rim — either in transition or on the glass. Overall, Little registered 35 dunks this season while shooting 68 percent at the rim.

At times, though, Little struggled within the framework of North Carolina’s half-court offense and defense. A projected top-five pick prior to the season, Little’s stock backslide some as questions arose regarding his speed and basketball intuition. Little shot just 26.9 percent on 3-pointers and handed out just 23 assists in 656 minutes of action.

That said, he’s still an explosive player who can play above the rim and fits the mold of a modern day NBA combo forward. As the season progressed, so, too, did Little’s understanding of his fit in North Carolina’s system.