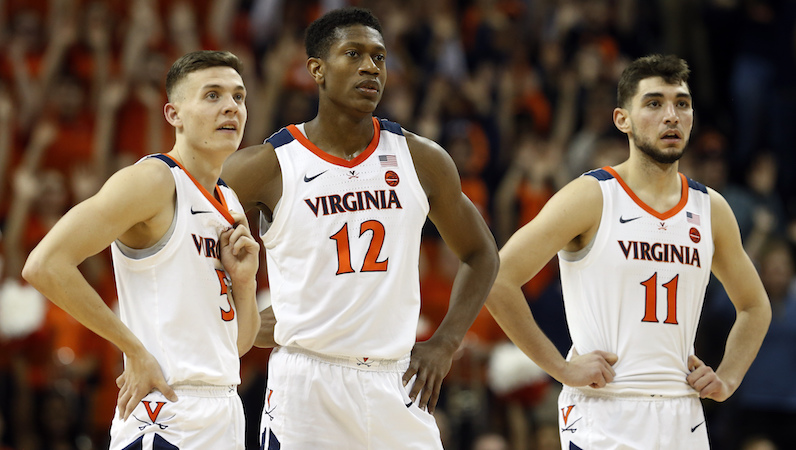 Well, no surprise here: Virginia forward De’Andre Hunter has declared for the 2019 NBA Draft. The first team All-ACC player will hire an agent, too. Hunter projects as a lottery pick, and could easily land inside the top 10 picks in this year’s draft.

Hunter announced his a few hours after his teammate Ty Jerome declared for the draft, too.

#UVa’s De’Andre Hunter announces his decision to head to the NBA Draft. pic.twitter.com/wTw1PZ2c0q

In his first season as a starter, Hunter shined brightly for Virginia. The 6-foot-7 Hunter started all 38 games: 15.2 points and 5.1 rebounds per game. Hunter managed to blend efficiency (61.8 percent true shooting) with big-time two-way production. As Hunter helped guide Virginia to its first ever national title, he was also named ACC Defensive Player of the Year for the 2018-19 season, too.

Another look at the defense of Virginia’s Dre Hunter