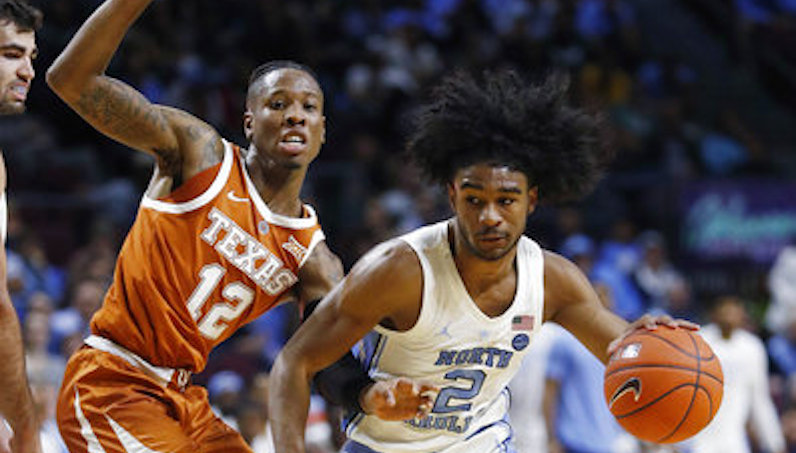 It was only a matter of time before this was announced: North Carolina freshman point guard Coby White will enter the 2019 NBA Draft. White made the announcement on his Twitter page. The decision comes two days after his teammate Nassir Little made the same choice.

White, North Carolina’s all-time leading scorer for high school basketball, hit the scene running during his one year at UNC. There’s an extra emphasis on running, too. The jet-quick White pushed the pace for one of the five fastest offenses in college basketball; he ended the season with averages of 16.1 points, 4.1 assists (5.7 per 40 minutes) and 1.1 steals per game.

At 6-foot-5 White proved to be a menace in North Carolina’s secondary break — constantly forcing the action. However, in the half court, White was a nice blend of volume and efficiency. For the season, White shot 35.2 percent on 3-points attempts (82 total 3-pointers); according to Synergy Sports, though, White shot 45 percent on catch-and-shoot 3-balls. These are monster numbers.

Of course, White isn’t just a shooter. Early on, he showcased the ability to split ball screens with ease and attack the basket. This along with his ability to generate his own shot — basically whenever he pleases — make White an appealing NBA prospect, especially as the game gets faster and more 3-point-oriented.

Prospect on the rise

During the season, he’s flown up draft boards; if the NBA Draft were tonight, he would likely land inside the lottery — and perhaps even be a top-10 pick. An outstanding shot-maker, White (66.7 FG% at the rim) is one of the best lead guard prospect in the draft.

White isn’t without flaws as a prospect, though, obviously. Defensively, there’s room for growth, and on offense White will have to tighten up his dribble and decision-making. Even he functions more as a secondary ball handler on the next level, this is still an area for improvement.

At times, White could be a little careless with his handle or passes. In ACC play, White posted a turnover rate of 20.2 percent.