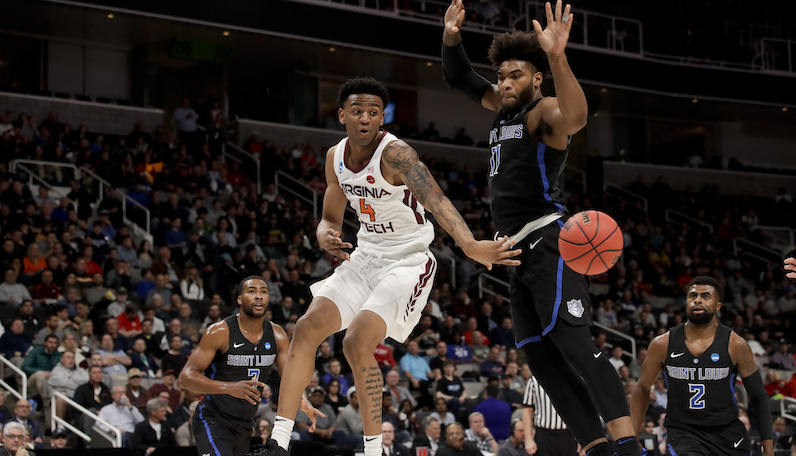 So far, we’ve covered prospects from three ACC programs: Duke, North Carolina and Florida State. Next up, we move to Blacksburg to check out two of the top pick-and-roll playmakers in the draft — both from Virginia Tech: Nickeil Alexander-Walker and Justin Robinson.

(Note: NAW loves passing the ball with his left hand.)

I think Justin Robinson is the 5th best PG prospect in this class after Morant, Coby, Garland, X. Johnson. Isaiah Joe and NAW are 2s. Joe and X almost surely wont enter anyway so he is really the 4th but real close with Dotson and Konchar

Another look at the off-ball defense of NAW