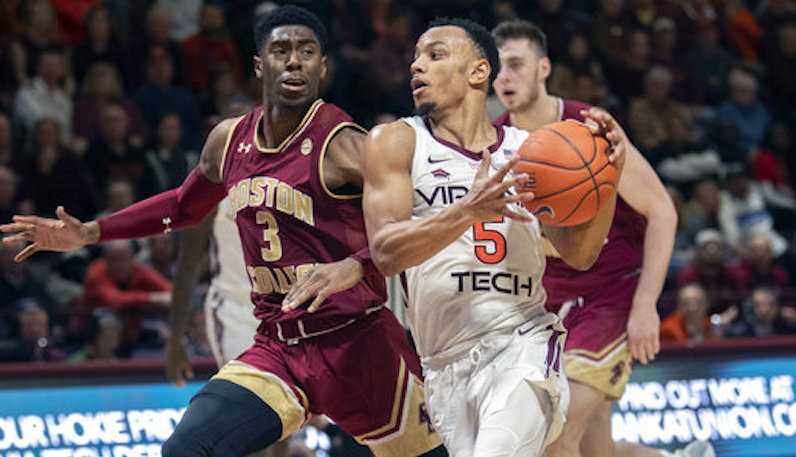 It wasn’t entirely unexpected, but Virginia Tech received some good news on Selection Sunday — and that was before the Hokies landed the No. 4 seed in the South Region. Earlier in the day, Tech announced that senior point guard Justin Robinson will return for the Big Dance.

Already one of the best point guards in the country, Robinson was in the midst of a career season before suffering an injury to his left foot during a win at Miami (Jan. 30).

In his absence, Buzz Williams and Tech have altered parts of the offense; future first round pick Nickeil Alexander-Walker and Kerry Blackshear Jr. have worked has high-post (or mid-wing) passing hubs. Alexander-Walker took the reins as the team’s primary ball handler without Robinson; for the most part, he was very good, although some games come to mind where he struggled with constant on-ball harassment.

Overall, the Hokies stayed productive on offense. Over the last 10 games, Virginia Tech has an adjusted offensive efficiency of 119.1, good for No. 11 in the country. That said, spot-up stud Ahmed Hill will likely be stoked to see Robinson (10.9 assists per 100 possessions) back, playing slash-and-kick basketball.

The return with Robinson should come seamlessly. Even if the Hokies opt to continues running large chunks of the half-court offense through NAW and Blackshear, Robinson is a wonderful spot-up player: 1.27 points per possession (63.6 eFG%) on catch-and-shoots this season, per Synergy Sports.

Is Buzz Williams in the running for the Texas A&M job?