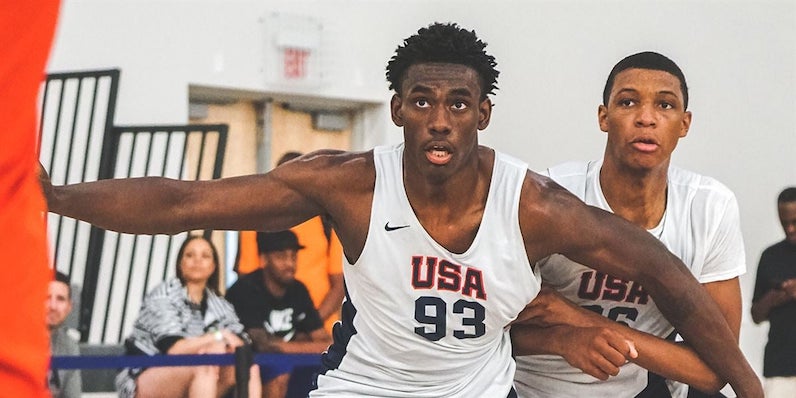 Jalen Duren, one of the top 2022 prep prospects in the country, is expected to reclassify and enroll in college for the fall of 2021, according to a report from Adam Zagoria.

However, that could all be accelerated, very quickly.

In recent years, American prep/draft prospects — like LaMelo Ball and RJ Hampton — have found success playing in the NBL, too.

As Zagoria notes, Miami recently hired DJ Irving (April 2021). Irving is an alum of Philadelphia Roman Catholic, Duren’s former school. Additionally, Irving worked with the AAU program Team Final, which has been a pipeline of sorts from the northeast to Miami: Lonnie Walker IV, Davon Reed and Ja’Quan Newton.

After a strong start to his tenure at Miami, Jim Larranaga’s program has fallen on hard times the last few years. The Hurricanes are coming off their third straight losing season; despite the arrival of a promising 2020 recruiting class and the return of Chris Lykes, Miami went just 10-17, the nadir of Larranaga’s tenure.

Over the last few months, a plethora of talented players have transferred out of the program, including Lykes (Arkansas), Earl Timberlake (Memphis) and Matt Cross (Louisville).

The addition of Duren to an otherwise pretty good 2021 recruiting class would be significant. That’s the type of talent add that would allow the Canes to jump a level or two in terms of ACC tiers, while also opening up a return opportunity to the NCAA Tournament.