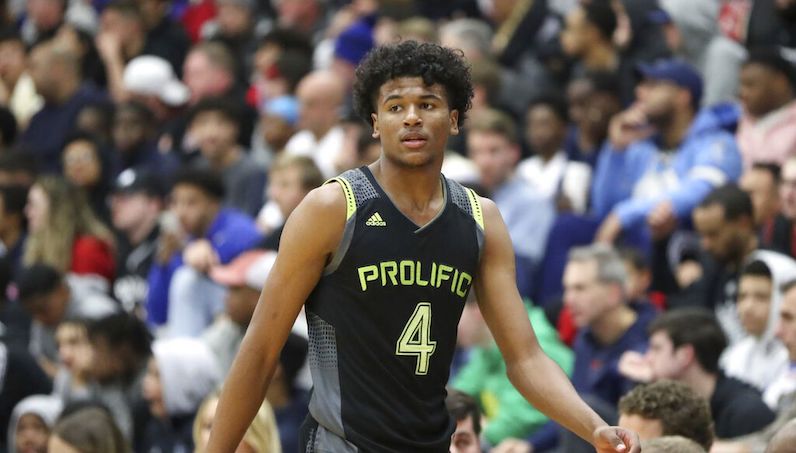 Recruiting in college basketball will likely never be the same. While the NBA and its players association (NBPA) remain at an impasse with the removal of the one-and-done rule, changes to the preps-to-pros process aren’t just on the horizon. They are here, right now.

Late last week, 5-star wing Jalen Green, a top-3 prospect in the 2020 recruiting class, forged a new path. As opposed to playing for Auburn or Memphis, Green elected for a different route; he will join a reshaped NBA professional pathway program. This new initiative, brought on by the G League, will pay elite prospects — like Green — $500,000 (with the potential for more) and provide a one-year development program. This new outfit will be shaped differently, and occur outside of the the league’s traditional structure.

The decision sent shockwaves through the sport. Even at time when sports are dealing with financial struggles, the NBA and its developmental league were willing to commit large chunks of money to attract the top prep talent. (This, in theory, is one of the things the Commission on College Basketball hoped to achieve.)

These changes are here to stay.

About 18 months ago, the NBA and G League put forth a plan to offer elite prospects “Select Contracts” for $125,000. That, however, proved unsuccessful; the dollar amount simply wasn’t competitive. Two of the top players in the 2019 recruiting class — LaMelo Ball and RJ Hampton, the No. 5 overall prospect — elected to play for teams in the NBL. Ball played in Australia, while Hampton stationed himself in New Zealand.

This was a blow for NBA commissioner Adam Silver: two of the premier 2020 NBA Draft prospects left to go overseas. Prospects in those leagues play on different schedules; NBA teams must commit resources to travel and scout those players. That adds up, quickly. Ball could be the No. 1 pick in this year’s draft. Hampton is a lottery talent, too. This reportedly created dissonance with Silver, who believed his league could do more to support the elite talents of American prep basketball. (In theory: if the primary objective is to play in the NBA, and NBA teams want to see these prospects play, then why leave the country to achieve those goals? It’s inefficient.)

Silver tasked G League president Shareef Abdur-Rahim with the creation of a new proposal. Abdur-Rahim’s team came up with a new initiative — one that focused on development and, importantly, came with a higher price tag. According to ESPN’s Adrian Wojnarwoski, this program is multi-faceted.

Green is committing to become part of a yearlong developmental program with G League oversight that will include professional coaching, top prospects and veteran players who will combine training and exhibition competitions against the likes of G League teams, foreign national teams and NBA academies throughout the world, sources said.

The season could include 10 to 12 games against G League teams that wouldn’t count in standings, sources said. The primary objective will be assimilation and growth into the NBA on several levels — from playing to the teaching of life skills.

After one year in the program, Green will enter the 2021 NBA Draft. Before that, though, Green gets to make $500,000 just from basketball, which is just the start of things. Green can also negotiate sponsorships, too, like a lucrative shoe contract. (Last July, Hampton signed a 5-year shoe deal with Li-Ning before playing a professional game.) This is serious money, especially for a teenager, and it will be a selling point of the developmental system.

Some prospects will have the ability to earn seven-figure income, receive world-class training, and then enter the draft. That’s a powerful offer.

(Note: Abdur-Rahim’s son, Jabri Abdur-Rahim, will enroll and play for Virginia next season.)

While Green was the first high-profile prospect to commit to the concept, he won’t be the last, certainly. 5-star power forward/center Isaiah Todd de-committed from Michigan last week; he, too, could serve in the program. Todd, however, won’t command the same salary as Green — who is a different caliber of prospect.

Greg Brown, an uncommitted 5-star forward in the 2020 class, could also follow suit. There are murmurs that Josh Hall, a 2020 NC State signee who entered his name into the 2020 NBA Draft, could seek this option as well.

(The NBA and G League don’t seem to be too intrigued by the possibility of spending six figures to add, say, a top-40 prospect to the new system. They want the cream of the crop: blue-chip prospects, future lottery picks. However, as the program looks to gain footing, and with the 2020-21 college basketball season up in the air, perhaps a wider net will be cast in 2020.)

Going Forward: 2021 and Beyond

This is just the start of things, too. According to a tweet from Jon Rothstein, the G League is already in the process of reaching out to prospects in the 2021 class. Going forward this will be something else that college recruiters must contend with.

Sources: The NBA G League has already reached out to multiple prospects in the 2021 class about bypassing college and opting to play professionally.

The one-and-done rule still remains in place, but this new system — along with the G League’s active recruitment — and international ball are obstacles for college coaches.

This won’t be for everyone, of course. Only so many prospects will be able to participate. Even among the top players — guys that would be considered for this program — some will prefer to play in college. Coaches that look to land high-level recruits have new existential concerns.