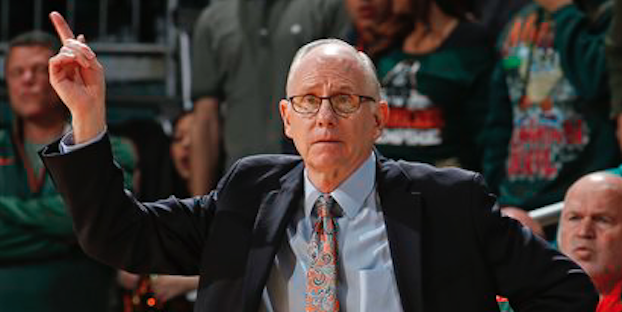 Jim Larranaga made some noise on the recruiting trail on Wednesday. (AP Photo)

Jim Larranaga has elevated Miami’s place in the college basketball world since arriving in Coral Gables in 2011. First came the on-court success — an average of nearly 24 wins over his first five seasons, as well as two Sweet 16 appearances. Now, those results are paying off on the recruiting trail.

Five-star phenom Lonnie Walker is poised to become the crown jewel of Larranaga’s 2017 recruiting class. The 6-5 shooting guard announced his pledge to the Hurricanes on Wednesday:

Miami’s 2017 class ranks No. 9 nationally and No. 2 in the ACC (behind Louisville) in 247Sports’ composite rankings.