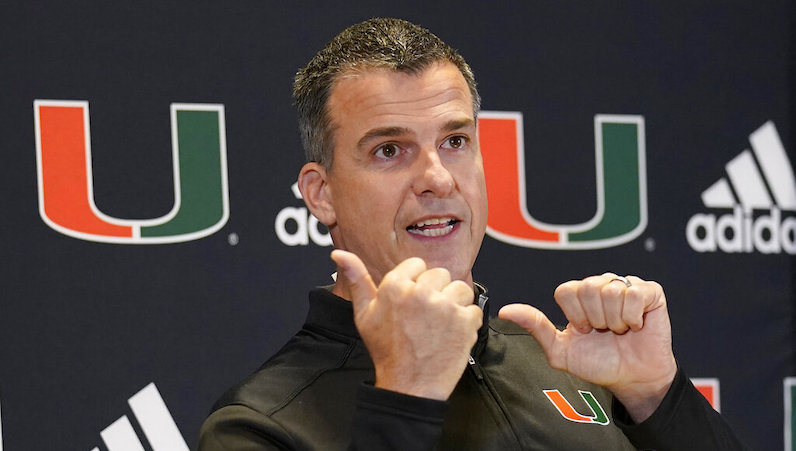 Jaden Rashada is one of the top prospects in the 2023 recruiting class. According to reports, he’s set to be a rather wealthy man, too. The 4-star quarterback, a Top 30 prospect overall for 2023, committed to Miami.

With a recruitment process led by Josh Gattis, Miami’s new offensive coordinator, the Pittsburg (CA) High quarterback picked Miami over Florida, LSU, Texas A&M and Ole Miss. However, Rashada’s decision was notable for more than one reason. In fact, one could say it was notable for 9.5 million reasons.

2023 QB Jaden Rashada has reportedly agreed to an NIL deal with Miami booster John Ruiz worth $9.5 million, per @On3NIL, believed to be the largest NIL deal to date.

The 4-star "turned down an $11 million offer" from Florida's Gator Collective to commit to the U. pic.twitter.com/GgLFOGDSnz

On3 reported over the weekend that Rashada accepted an offer of $9.5 million from billionaire Miami booster John Ruiz, the most active source of NIL funds in the country. On top of that, however, Rashada reportedly turned down an offer of $11 million from Florida’s NIL collective.

Rashada took to Twitter to address the reports, which is defined as “rumors.”

Want to Address this as rumors are flying around🚨: pic.twitter.com/1sLTfc1lw3

It should be noted that Michael Caspino, Rashada’s NIL agent, went public and said that Rashada A) had multiple offers and B) he didn’t take the highest offer.

Regardless of cost (and opportunity cost), head coach Manny Diaz has the headliner for his 2023 recruiting class and (possibly) the quarterback of Miami’s future. Rashada — who stands 6-foot-4, weighing 185 pounds — will arrive ahead of the 2023 season. In theory, this could the final season of college ball for current Miami starter Tyler Van Dyke, who would be eligible to enter the 2024 NFL Draft. After the 2023 season, assuming Van Dyke leaves, Rashada would be in line to replace him as the starter.