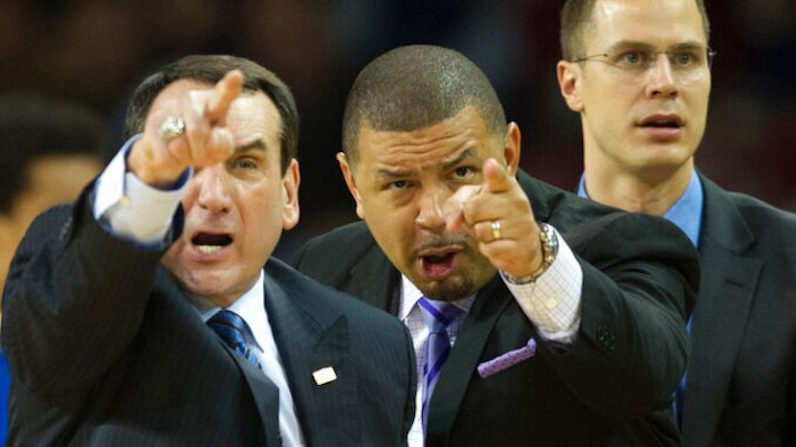 Jaylen Blakes, one of the top uncommitted guards in the 2021 class, has seen his recruitment take off in recent weeks. Over the last two weeks, Blakes has received offers from two ACC programs: Boston College and Duke; back in March, Pittsburgh offered Blakes as well.

A 4-star prospect, Blakes is a borderline top-100 recruit, according to 247 Sports composite rankings. Blakes checks in as the No. 16 point guard on that list as well.

As a prep, Blakes played for the famed Blair Academy. Previously, he was a teammates of Jabri Abdur-Rahim, who played this season for Virginia before transferring to Georgia.

Blakes looms as a pivotal recruit for new Boston College coach Earl Grant. While BC was able to add Charleston transfer guard Brevin Galloway, who followed Grant north to Chestnut Hill, the Eagles have lost several guards to the transfer portal.

Jeff Capel can feel confident in the talented Femi Odukale running the show for Pitt next season. However, Blakes would be a solid additional ball handler for the Panthers.

As usual, Duke will experience a fair amount of roster turnover this offseason. Following the commitment of 5-star 2021 shooting guard Trevor Keels, the Blue Devils clearly want to add more depth in the backcourt and frontcourt, especially with DJ Steward and Matthew Hurt headed to the NBA Draft.

A couple of specific areas that tend to be overlooked that Blakes has: speed, age(young for class), general finishing ability & body control, shooting projection(based off FT% & touch). Just simple, non-flashy stuff. An easy guy to tab as underranked imo.

Duke already landed a commitment from Marquette transfer PF/C Theo John, which checks one of those boxes. A commitment from Blakely, though, would add another ball handler to a roster that’s thin at point guard — beyond Jeremy Roach.