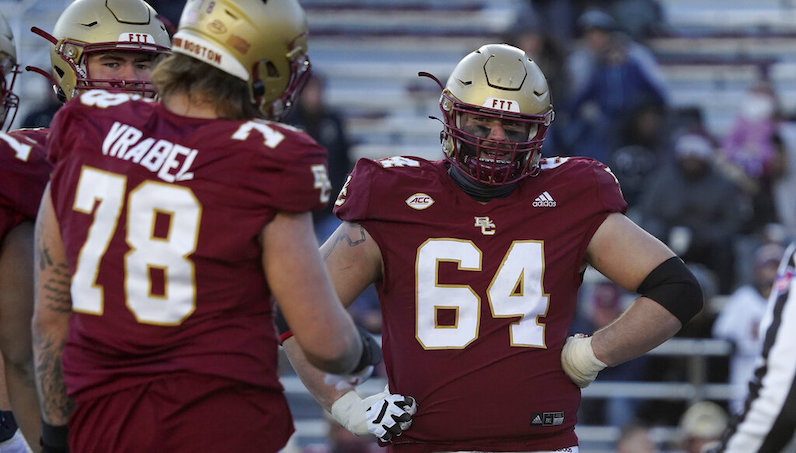 Boston College offensive lineman Ben Petrula (64) looks on between plays during the second half of an NCAA college football game against Wake Forest, Saturday, Nov. 27, 2021, in Boston. (AP Photo/Mary Schwalm)

Minutes after the 2021 Fenway Bowl was canceled, the 2021 Military Bowl followed suit. The decision comes as a result of COVID-19 issues within the Boston College program.

Boston College was scheduled to play East Carolina on Monday (Dec. 27) in the Military Bowl.

Military Bowl between Boston College and East Carolina canceled because of COVID issues at BC, sources told @ActionNetworkHQ. 1st reported by @StephenIgoe. So far, Hawaii, Fenway & Military bowls have been canceled this year

Boston College is reportedly down more than 40 players, according to Pete Thamel of Yahoo Sports.

Sources: Military Bowl won't be played between BC and East Carolina. BC is down more than 40 players, including and an entire position group, because of COVID and injuries. This confirms other reports.

Virginia’s season came to a close when the Fenway Bowl was canceled, too, due to positive cases within the UVA program.