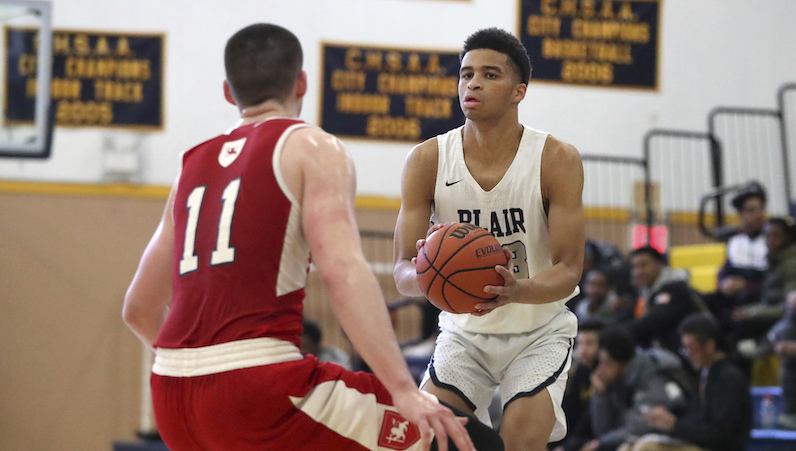 What was already on pace to be a strong 2020 recruiting class for Virginia Basketball just got better. On Wednesday night, 4-star small forward Jabri Abdur-Rahim, a top-50 prospect, committed to the ‘Hoos. He’s the third commitment in the team’s 2020 class, and its second 4-star prospect — joining Louisiana guard Reece Beekman.

According to 247 Sports, Abdur-Rahim ranks as the 11th best small forward in 2020. He picked UVA over Michigan.

Less than two weeks ago, Abdur-Rahim took an official visit to Virginia, which came on the heels of of his impressive performance at the NBPA TOP 100 Camp in Charlottesville; that week, he led the event in scoring (17.3 points per game).

Beekman was also in attendance for that camp. In fact, that’s when he committed to Tony Bennett and the Cavaliers.

Recruiting news:
Reece Beekman tells ESPN that he’s committed to Virginia. “Tony Bennett is a straight forward guy and they win big. I like his calmness in big moments and he definitely lets his guards play.” Beekman sits at no.44 in the 100.

Under former coach John Beilein, Michigan got in on the ground floor with Abdur-Rahim. The Wolverines offered him early on, too. New coach Juwan Howard worked hard to maintain said connection with Abdur-Rahim, but with Beilein now in the NBA, UVA won out.

With three 2020 commitments, Virginia currently has the nation’s No. 1 recruiting class in 2020.

Abdur-Rahim is the son of former NBA All-Star (2002) Shareef Abdur-Rahim, who played forward in the NBA for over a decade and scored over 15,000 career points. Since his playing career ended, the elder Abdur-Rahim worked as an assistant coach and executive in the NBA. Currently, he’s the president of the NBA G League.

After its charmed run to the 2019 NCAA Tournament title, Virginia Basketball is in a bit of a rebuilding phase. Mamadi Diakite’s decision to return for his senior season is a huge boon; he’ll be back as one of the ACC’s top two-way bigs. Along with Jay Huff, Braxton Key and Kihei Clark — plus this team’s sustained excellence on the defensive side of the floor — UVA will be competitive and good.

However, Virginia parted ways with a lot of NBA-level talent this summer, including first round picks De’Andre Hunter (Atlanta) and Ty Jerome (Phoenix). Kyle Guy was a second round selection of the Sacrament Kings, too.

UVA does add 4-star 2019 guard Casey Morsell, who looks like a future two-way impact player, to the mix, too. It’s not hard to envision Morsell, Beekman and Abdur-Rahim working as a talented perimeter trio starting in 2020. Morsell is the headliner for another top-30 recruiting class, which also includes 4-star center Kadin Shedrick.

Virginia still could also have Jay Huff on the team that season, along with Clark, who will only be a junior. That season will also mark the addition of Marquette transfer Sam Houser to the lineup, too. Basically, Virginia is set to be sustainably good from now until…always, I guess.