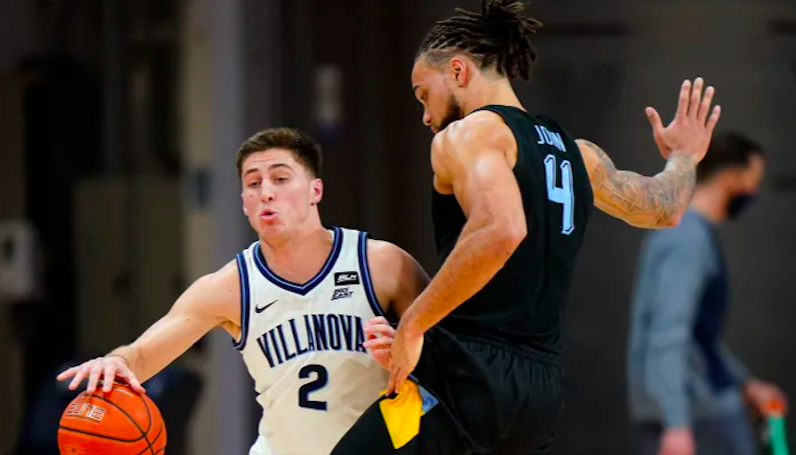 Villanova's Collin Gillespie, left, tries to get past Marquette's Theo John during the second half of an NCAA college basketball game, Wednesday, Feb. 10, 2021, in Villanova, Pa. (AP Photo/Matt Slocum)

After four seasons with Marquette, Theo John is headed to Duke. John announced his commitment to the Blue Devils on Friday morning.

After conversations with my family, I have decided that next year I will be attending Duke University for my final year of eligibility. I would like to thank everyone who has been a part of my basketball journey. Happy to be joining #TheBrotherHood pic.twitter.com/yBB7UVinYZ

John is an aggressive 6-foot-9 athlete with some vertical pop. Despite battling injuries, John recorded 17+ dunks in each season with Marquette. He has a career block rate of 8.4 percent.

With Matthew Hurt headed to the NBA Draft, Duke is poised to enter the 2021-22 season with a 4/5 rotation of Mark Williams, Henry Coleman, John and Paolo Banchero, an incoming 5-star PF who projects as a top-3 pick in the 2022 NBA Draft.

Of course, Duke will have flexibility along these lines, too. Incoming 5-star SF AJ Griffin and Wendell Moore Jr. provide real versatility and can be moved all over the floor.