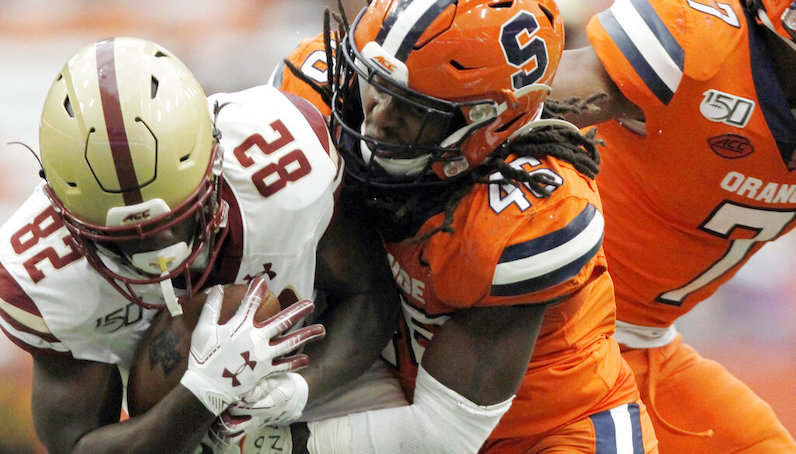 Williams is now the second Boston College wideout to go into the portal; he joins Jehlani Galloway.

Williams appeared in two games this past season and two in 2020 before suffering a season-ending injury.@247SportsPortal https://t.co/BzYMEJGiwL

Williams was recruited to Boston College by former head coach Steve Addazio — then a 3-star recruit. During his true freshman season in 2019, Williams caught three passes for 56 yards.

However, while playing for Jeff Hafley, injuries cut short his 2020 season; over the last two years, Williams has appeared in a total of only four games.

Galloway had a strong 2020 season. He finished that run with 15 receptions for 197 yards and two touchdowns — across 11 games. During the 2021 campaign, Galloway caught only three passes, though.

With Williams and Galloway making moves, Boston College is now up to 13 players in the transfer portal, including Kobay White, another veteran receiver.

Boston College’s 2022 passing attack will still be in good hands, however. Veteran quarterback Phil Jurkovec will return as one of the passing prospects in the country. So, too, will All-ACC wide receiver Zay Flowers.

Jurkovec and Flowers both entertained the option of entering the 2022 NFL Draft, before deciding to return to Chestnut Hill for one more run.