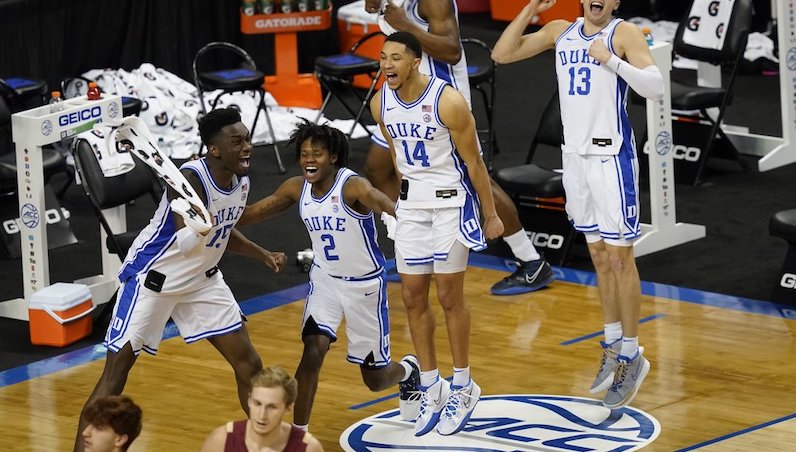 DJ Steward, one of the brightest freshman talents in the ACC, will enter the 2021 NBA Draft. Steward made the announcement on his social media accounts. Steward plans to sign with an agent.

A former 5-star prospect out of Chicago, Steward is a deeper prospect at this point. He’s 6-foot-2, skinny and he really struggles defensively. The shot is a real weapon, and he’s an excellent mover without the basketball. Steward has the chance to be a very productive second-side player: relocating, shooting 3s and attacking closeouts.

Despite his thin frame, Steward is an aggressive driver; at times, he really embraces attacking through contact. Including transition possessions, Steward shot 67 percent around the rim this season — with only 33.3 percent of those makes assisted.

However, he’s limited here, too. There are questions with both his feel and complete playmaking abilities.

Steward is the third member of Duke’s 2020 recruiting class to leave the program. Back in February, forward Jalen Johnson opted out and declared for the draft. Last month, forward Jaemyn Brakefield entered the transfer portal.

The path forward may not be super glamorous for Steward; he’s likely to go undrafted, unless a team takes a second-round flier, which is possible. He’s super talented. Either way, he’ll have to get strong, improve his decision-making and likely work his way up through the G League/development path.

As for Duke, the Blue Devils are in the running for 2021 5-star guard Trevor Keels. Keels will announce his college decision on Friday, April 2.

Trevor Keels will be making his announcement tomorrow during #GEICONationals semifinal game at 4:30 ET on ESPN2
Keels is the No. 19 prospect in the class of 2021. Final schools: Duke, Kentucky, Villanova, and Virginia. @TrevorKeels @WhosNextHS @tedemrich