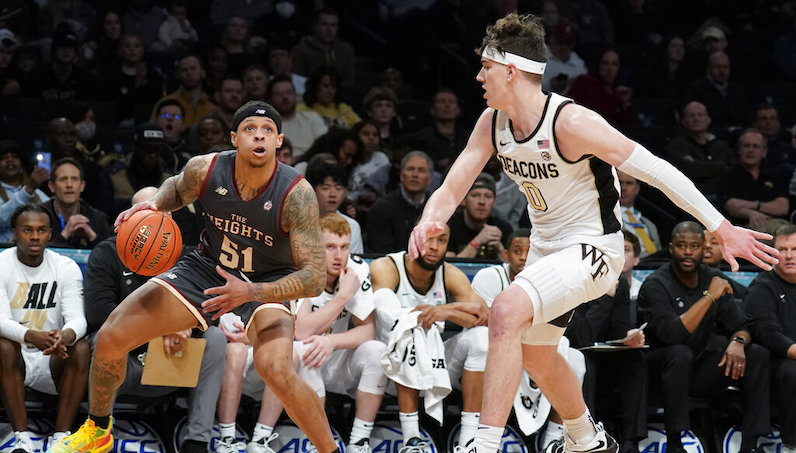 When Earl Grant left the College of Charleston for Boston College, veteran combo guard Brevin Galloway decided to follow his head coach. After playing for three years under Grant at CoC, Galloway was a key piece of Boston College’s rotation.

During the 2021-22 season, Galloway appeared in 25 games (5 starts), averaging 24.8 minutes per game. Galloway averaged 8.3 points, 1.4 assists and 1.1 steals per game. Going back to his time at Charleston, Galloway has played 100 college basketball games.

He scored 11 points off the bench in March, when Boston College upset Wake Forest at the ACC Tournament in Brooklyn.

Now, Galloway plans to enter the NCAA transfer portal in 2022.

The 6-foot-2 Galloway struggled with his outside shot this season, though: 25.6 percent on 6.9 3-point attempts per game. Over 73 percent of Galloway’s field goal attempts this season were from beyond the arc.

Prior to his time at BC, Galloway has a solid 3-point shooter at Charleston: 36 percent career.

He’s also a solid defender, who creates his fair share of steals.

Galloway could make sense as a low-risk addition for plenty of teams; he provides shooting, secondary ball handling and defense. The mixture makes him a fit on just about any roster.

Grant and BC still project to return plenty of talent in the backcourt: Makai Ashton-Langford, DeMarr Langford (one of the more intriguing developmental talents in the ACC) and Jaeden Zackery, a 3-and-D combo guard.