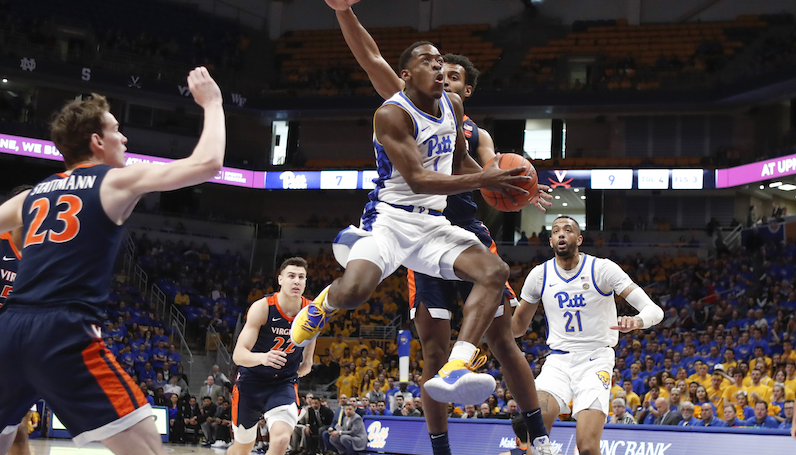 Pittsburgh's Xavier Johnson (1) looks to shoot after getting between Virginia's Kody Stattmann (23) and Braxton Key, center, during the first half of an NCAA college basketball game, Saturday, Feb. 22, 2020, in Pittsburgh. (AP Photo/Keith Srakocic)

Xavier Johnson, one of the top talents in the ACC, has entered the NCAA transfer portal; he won’t finish the season with Pitt basketball.

Xavier Johnson has applied to enter the transfer portal and is leaving the Pitt program. He won't be playing the remainder of the season

Johnson arrived at Pittsburgh as the first notable recruiting get for Jeff Capel; previously, Johnson was committed to Nebraska.

After a strong start to the 2020-21 season — eight wins in the first 10 games — Pitt has struggled over the last month. The Panthers are 9-9 (5-8 ACC) and have lost seven of their last eight games.