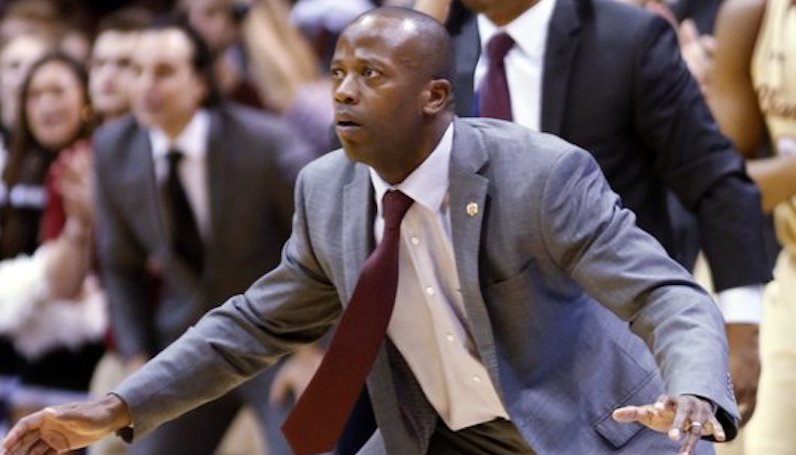 During the 2018 season, Earl Grant coaches a basketball game for the College of Charleston (AP Photo)

Earl Grant, 44, will become the next men’s basketball coach at Boston College.

Following a relatively quiet hiring process, Boston College landed on Grant, who spent the last seven seasons as the head coach at Charleston. Grant will replace Jim Christian — fired by BC back in the middle of February.

Prior to taking the head coaching job at Charleston, Grant spent five seasons as an assistant coach at Clemson, a key part of Brad Brownell’s staff. Before Clemson, Grant was an assistant coach for The Citadel (2002-04), Winthrop (2004-07) and Wichita State (2007-10). Grant’s stints at Winthrop and Wichita State came as a part of Gregg Marshall’s staff.