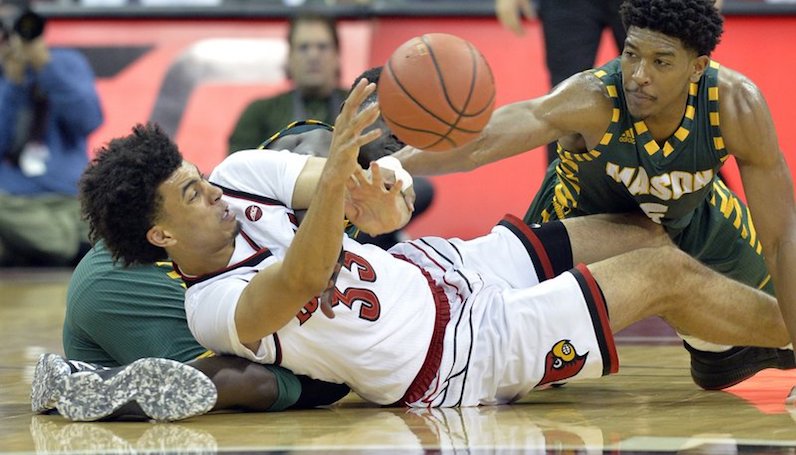 After a solid freshman season at Louisville — 5.7 points, 61 percent true shooting, 23 percent usage rate — Jordan Nwora committed to play for Nigeria at the FIBA World Cup African Qualifiers. The events seem to be going well for Nwora, too.

This summer basketball experience is excellent on-site training for Nwora. His father, Alex, is the coach of the Nigerian national team, and he gets to compete with former NBA players Ike Diogu and Ben Uzoh on the squad. Diogu and Uzoh played in a combined 225 NBA games, making 26 starts.

(One of the ACC’s top breakout players in 2017-18 was Florida State swingman Braian Angola — who played with the Colombian national team in the summer of 2017.)

According to Synergy Sports, nearly 36 percent of his possessions were of the spot-up variety: 1.22 points per possession (65.6 eFG%). The sample size is small, but amongst the 78 ACC players to record at least 50 possessions, Nwora ranked fifth in spot-up efficiency.

If Nwora can keep up that hit rate, mixed with his athleticism, he becomes a tricky match-up as a stretch-4. When paired up front with Malik Williams (another sophomore big with stretch potential that I’m bullish on), Louisville could play some nifty, spacey lineups that could dabble in five-out basketball. I really like the thought of Chris Mack rolling with Nwora and Dwayne Sutton at the forward spots.

It’s worth noting: Mack used some spacier options at the power forward spot while at Xavier — including Kaiser Gates, Naji Marshall and Malcolm Bernard in recent years.

Rip-and-run, plus some skills too

Louisville projects to have another top-50 defensive unit next season; Nwora can play a role in this, too. He’s yet to show much in the way of rim protection, but he can guard multiple positions, and as a freshman, Nwora snagged 2.9 steal per 100 possessions.

This isn’t exactly a crisp pass from Bryant Crawford, but what an impressive play from Nwora, who gets the finish on the other end.

Back to the other side of the floor: Nwora didn’t run much pick-and-roll at Louisville, and it’s unlikely that the 2018-19 offense will feature much of it, either. He did, however, shoot 5-of-12 (41.7 FG%) from the field out of the pick-and-roll, per Synergy, and even flashed occasional playmaking chops.

In a basketball reunion, Akoy Agau returns to Louisville — what does he add?