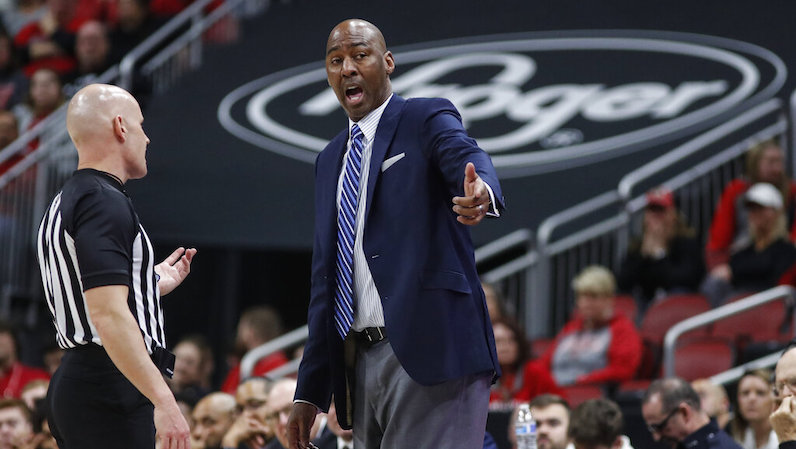 Wake Forest head coach Danny Manning argues a call with an official during the first half of an NCAA college basketball game against Louisville Wednesday, Feb. 5, 2020, in Louisville, Ky. (AP Photo/Wade Payne)

Danny Manning will return to the ACC.

Manning, of course, coached at Wake Forest for six seasons (2014-20). During his tenure with the program, Wake Forest went to one NCAA Tournament and lost in the 2017 First Four to Kansas State.

After spending a season working for ESPN, Manning returned to the bench as an assistant coach for Maryland, under Mark Turgeon. However, Turgeon stepped down on Dec. 2, 2021; Manning was then named interim head coach.

Going back to his time as a member of the coaching staff at Kansas (2003-12) Manning is known for his work both recruiting and developing big men. John Collins and Doral Moore were both developmental success stories under Manning at Wake Forest.