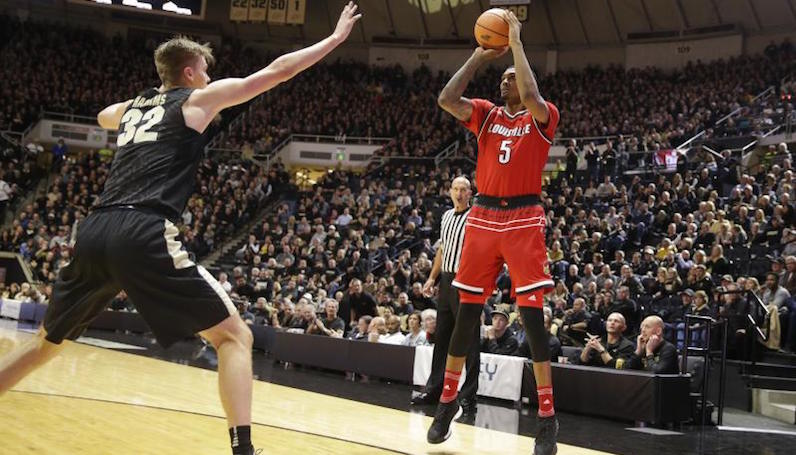 Earlier this week, Ray Spalding — a positionless defender, double-double machine — declared for the NBA Draft. Spalding will hire an agent, too; his career for the Cards, after three productive seasons, is over. Next up: 6-foot-11 sophomore Malik Williams.

This is coupled by the fact that Anas Mahmoud’s four years in Louisville are also done. Mahmoud and Spalding played in all 36 games last season — a combined 1,837 minutes. Their departures signal a shift in the composition of Louisville’s frontcourt; this is why Williams, former top-30 prospect, could be the most important player on Chris Mack’s roster in 2018-19.

Williams, who is happy to see Mack headed to Louisville, and Jordan Nwora have the torch now.

According to Synergy Sports, 34.4 percent of Xavier’s half-court field goal attempts (No. 141 in the nation) this season came on non-post-up looks around the basket. The Musketeers scored 1.28 points per possession (61.4 FG%) on these attempts — No. 15 in Division I.

Well, as a freshman, Malik Williams didn’t play huge minutes — 32 games, 12 starts and 10.5 minutes per contest. While on the floor, however, Williams was efficient at the basket: 16-of-23 (69.6 FG%), 1.44 points per possession on non-post-up attempts, per Synergy. In terms of efficiency, this ranks 11th in the ACC (minimum 20 possessions).

Williams also shot 50 percent on post-up attempts, too; nearly 11 percent of his possessions this season were post-ups. According to Synergy, 11.6 percent of Xavier’s possessions in 2017-18 were of the post-up variety (the second highest rate in the Big East); led Kerem Kanter, the Musketeers were a top-50 offense in terms of post-up efficiency, too.

There’s more, though: Williams also flashed the ability to step away from the basket, too. Over 56 percent of Williams’ attempts from the floor came from beyond the arc: 20-of-62 (32.3 3P%). If Williams can take another stride here, too, that would create the profile of a very interesting offensive player.

Xavier ranked 14th nationally in defensive rebound rate, per KenPom. Malik Williams has the ability to be a productive rebounder; the 6-foot-11 Williams grabbed 16.8 percent of available defensive rebounds while on the floor in 2017-18.