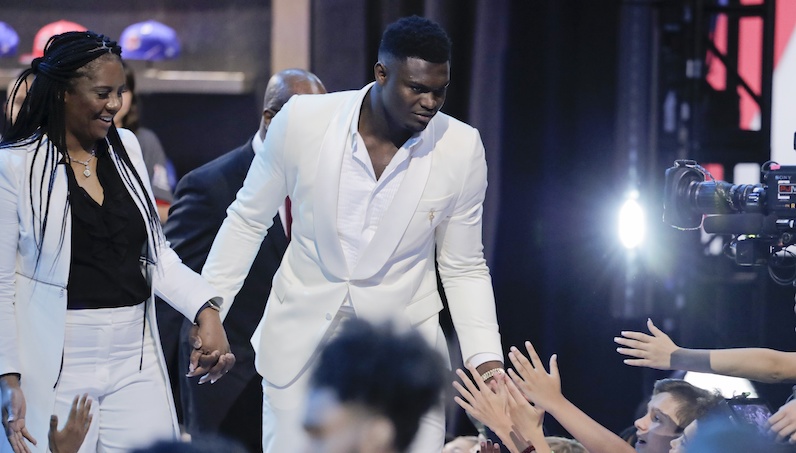 Zion Williamson, of Duke, greets fans as he is introduced during the NBA basketball draft, Thursday, June 20, 2019, in New York. (AP Photo/Julio Cortez)

There was no real decision to make. With the No. 1 pick in the 2019 NBA Draft, the New Orleans Pelicans selected Zion Williamson.

The 2019 ACC Player of the Year, Williamson averaged 22.6 points, 8.9 rebounds, 2.1 assists, 2.1 steals and 1.8 blocks per game in the midst of a historic freshman season at Duke. Over the last seven months, Zion announced himself as the best draft prospect since LeBron James in 2003.

This marks the sixth straight year that a Duke play has been selected in the top three of the NBA Draft. In 2018, six ACC players went in the first round of draft; a year prior in 2017, the ACC had 10 players go in the first round.

The last Duke player to go No. 1 in the NBA Draft was All-Star guard Kyrie Irving, another one-and-done prodigy in 2011. Williamson becomes the fourth Blue Devil selected No. 1 overall in the draft — along with Irving, Elton Brand (1999) and Art Heyman (1963).

Throwback: Zi-Life opens the season with an outstanding performance against Kentucky