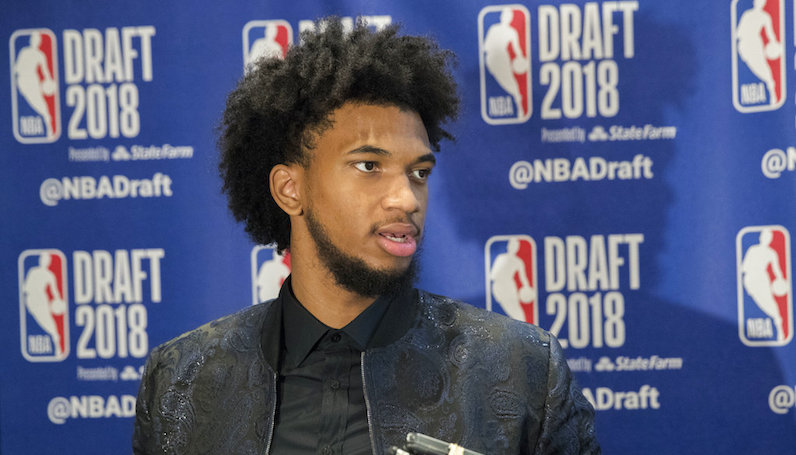 As expected, Duke All-American and ACC Player of the Year Marvin Bagley has been selected with the No. 2 overall pick in the NBA Draft. Bagley was selected one pick after his former high school teammate: Deandre Ayton, who went to the Phoenix Suns.

In his freshman season at Duke, Bagley averaged 21 points and 11 rebounds. According to Synergy Sports, Bagley shot 53.8 percent on post-ups.