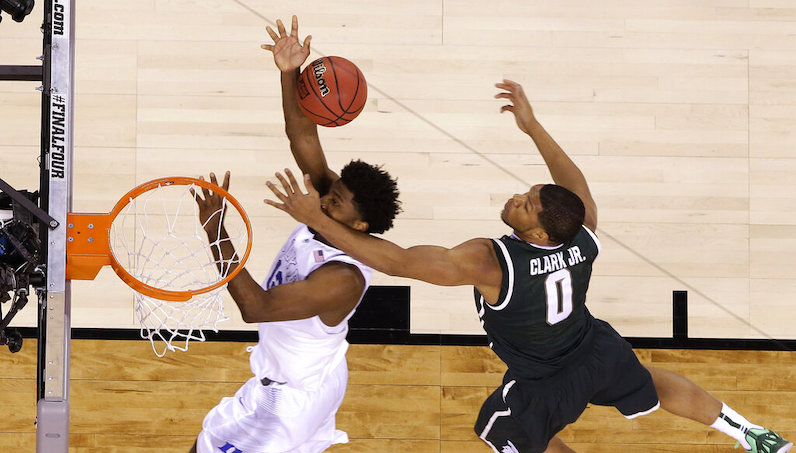 Tre Johnson, one of the top prospects in the class of 2024, has received a scholarship offer from Duke.

With the calendar flipping to June 15, college coaches may now have direct access with prospects they’re recruiting. Duke wasted no time zeroing in on Johnson, a 6-foot-5 shooting guard from Dallas, Texas. Johnson ranks as the No. 3 overall prospect in the 2024 recruiting cycle, according to 247 Sports.

As Johnson notes in his Tweet, he spoke with both head coach Jon Scheyer and assistant coach Jai Lucas, two of the top recruiters in college basketball.

Johnson also received a scholarship offers from Kentucky, where Lucas worked previously (2020-22), and Kansas. Unsurprisingly, the Blue Devils, Jayhawks and Wildcats are far from the only programs after Johnson.

Duke’s 2024 recruiting class will be an interesting group to monitor. After stacking back-to-back No. 1 classes for 2022 and 2023 (already), Scheyer is off to a fast start during his tenure as head coach. Now with Lucas in the fold, and 2023 essentially done, Duke can turn all of its attention on 2024.

Over the last decade, Duke has recruited the state of Texas rather well, too, including 5-star commits like Justise Winslow, Marques Bolden, Matt Jones and Rasheed Sulaimon. Additionally, Lucas has ties within the Lone Star state; he played college ball at the University of Texas-Austin (2008-11) and he spent nearly a decade on staff with the Longhorns (2013-20), working with both Rick Barnes and Shaka Smart.