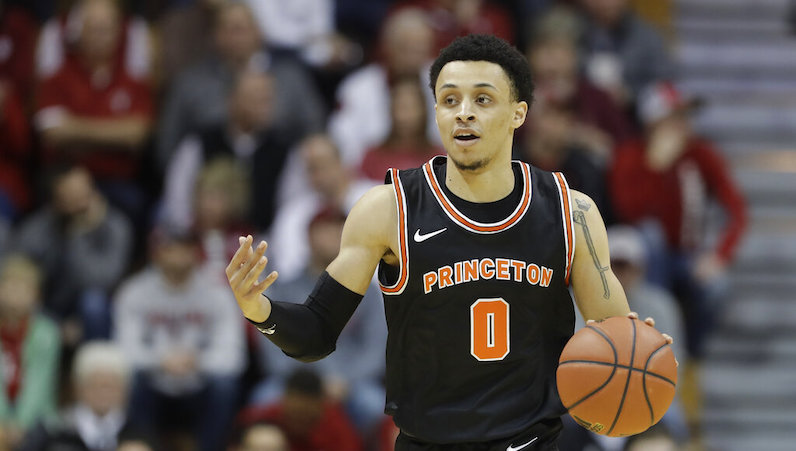 Jaelin Llewellyn is exactly what the doctor ordered for Clemson.

With veteran guards Nick Honor and Al-Amir Dawes in the transfer portal, the Tigers needed to acquire some backcourt scoring punch. On Tuesday, Brad Brownell and Clemson landed Llewellyn, a veteran scoring guard from Princeton. The decision comes only a few days after Llewellyn took a visit to Clemson last week.

Something about them tigers🐅!!! Excited to announce my commitment to Clemson University!! @ClemsonMBB pic.twitter.com/L1YU6JjEz9

During his three seasons (in four years) with Princeton, Llewellyn started 76 games. The 6-foot-2 guard averaged 14.0 points and 2.5 assists per game. Llewellyn has 1,064 career points and 136 3-pointers to this name.

Llewellyn played his best ball in the 2021-22 season: 15.7 points (38.3 3P%), 4.1 rebounds and 2.5 assists per game. He shot just under 53 percent around the rim this year and 38.9 percent from the midrange. Llewellyn finished second in usage rate (25.3 percent) for a Princeton offense that finished the year Top 35 nationally in efficiency

Once again, Clemson projects to be one of the better offenses in the ACC next season; PJ Hall, an excellent hub of half-court offense, and Hunter Tyson headline the frontcourt, while Chase Hunter adds two-way production from the combo guard spot.