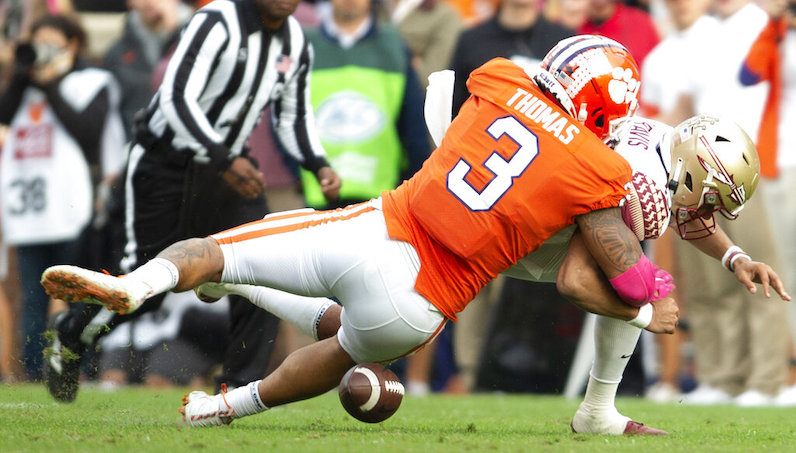 Xavier Thomas, one of the top defensive linemen in the ACC, will miss the next 4-6 weeks. According to reports, Thomas suffered a foot injury over the weekend — during a scrimmage on Saturday.

The Tigers have incredible depth on the defensive side of the ball; however, Thomas is a powerful veteran, who has appeared in 46 games over the last four seasons, including 19 stats.

Clemson’s front four rotation — even sans Thomas for a few weeks — is still loaded. Bryan Bresee, Tyler Davis and Orhorhoro are a power trio at the tackles. Over on the edge, Murphy is one of the best in the country. Without Thomas, Clemson will lean more on veterans like Justin Mascoll and Henry.

The Tigers open up their 2022 schedule in exactly three weeks: Sept. 5 (Monday) in Atlanta vs. Georgia Tech. After a short week, Clemson returns to Death Valley for an in-state matchup with Furman (Sept. 10). Those two games seem like obvious misses for Thomas, given the current timeline.