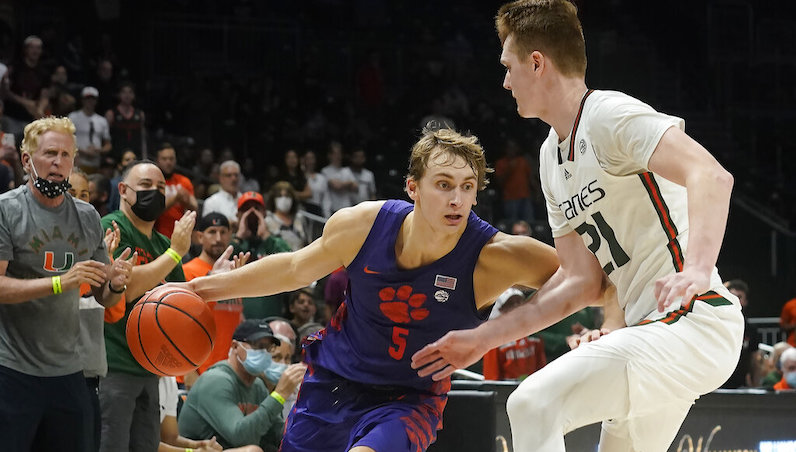 Brownell gave a brief update on the status for both Tyson and Hall during the weekly coaches teleconferences. The Tigers have two games scheduled for this week, the last of the regular season — both at home: Georgia Tech (Wed.) and Virginia Tech (Sat.).

Currently, Hall’s status remains up in the air. Hall has battled a foot injury for large stretches of the season. Tyson, however, will take part in 5-on-5 drills at practice today. The 6-foot-8 senior forward (broken clavicle) may be able to give it a go vs. Georgia Tech.

Clemson MBB HC Brad Brownell is still unsure about PJ Hall, but Hunter Tyson will go through 5-on-5 drills today. There's a chance he can play Wednesday, but "it's not guaranteed at all," Brownell said. Chances are higher he plays this weekend.

Tyson and Hall are two of the four Clemson players averaging double figures in terms of scoring. Hall leads the team: 15.5 points per game (48.9 FG%). Tyson, who hasn’t played since Feb. 2, is an important outside shooter (38.7 3P%); he ranks third on Clemson’s roster with a 10.4 points per game average.

Who will win the 2022 ACC Coach of the Year award?