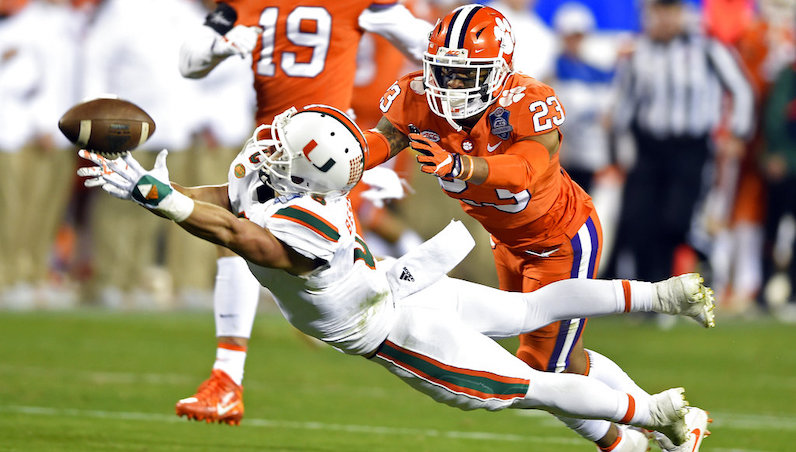 The 5’9 170 WR from Miami, FL had been committed to the Tigers since September 2021. One of the most electrifying players in the country.

Back in Sept. 2021, Joseph committed to Clemson — during his junior season of prep ball. At the time, Joseph picked Clemson over Florida State (primarily), Florida and Texas A&M. However, a lot has changed in the coaching ranks over the last nine months. Namely, Miami has seemingly reinvented itself as an athletics department — flushed with cash and a new head football coach, Mario Cristobal.

(Of course, Clemson’s coaching staff was shook up this offseason, too: offensive coordinator Tony Elliott, who would’ve called plays for Joseph, left for Virginia, while ace defensive coordinator Brent Venables departed for Oklahoma.)

As Andrew Ivins notes for 247 Sports, this isn’t a stunning move from Joseph, who has already taken a handful of visits to Miami, a Power Five program, with a robust recruiting apparatus, in his backyard.

As the 5-foot-9 Joseph de-commits from Clemson, and looks elsewhere, this is another one of those moments that makes you wonder: are the Tigers losing their vice grip over the ACC football kingdom? It’s far too early to say; Clemson’s still the league’s premier program. However, stuff like this can serve as a lag indicator of sorts.