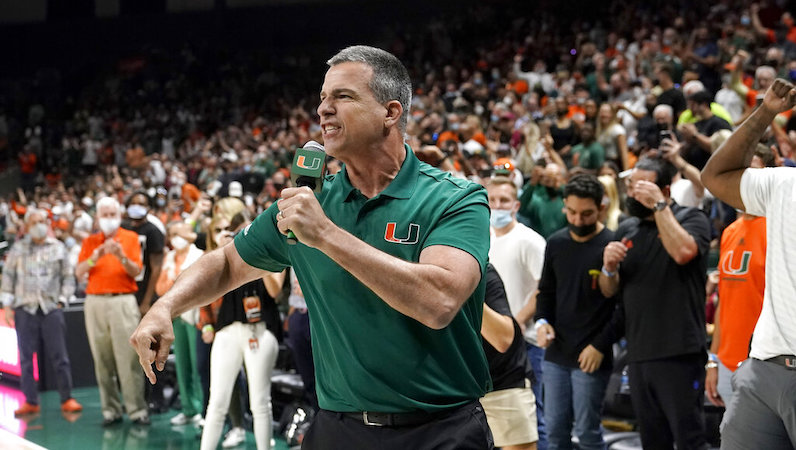 Late last week, Amarius Mims left the Georgia football program and entered the NCAA transfer portal. Mims, a 5-star talent in the 2021 recruiting class, is a promising talent at offensive tackle. Mims was a Top 10 overall prospect in the 2021 class, per 247 Sports.

Quickly, Mims, who projected as a starter for UGA in 2022, became an important name in the portal. It didn’t take long for Miami to become a major player to land Mims. Florida State joined the mix, too.

I'm hearing FSU and Miami are battling it out for Amarius Mims and NIL will play a major factor.

Central Florida, Penn State and South Carolina also expressed interest; however, this is believed to be between Miami, now with Mario Cristobal on the scene, and Florida State.

As Cristobal took over at Miami, the Hurricanes beefed up recruiting efforts — both in the prep ranks and in the transfer portal. Miami added several key pieces along both sides of the line, including former Oregon offensive linemen Jonathan Denis and Logan Sagopolu, who essentially followed Cristobal to Coral Gables.

Denis, a 4-star prospect in the 2020 class, committed to Miami just last week.

Cristobal, a former offensive lineman, made a name for himself as a coach with his ability to recruit (regardless of position) and develop a strong offensive line.