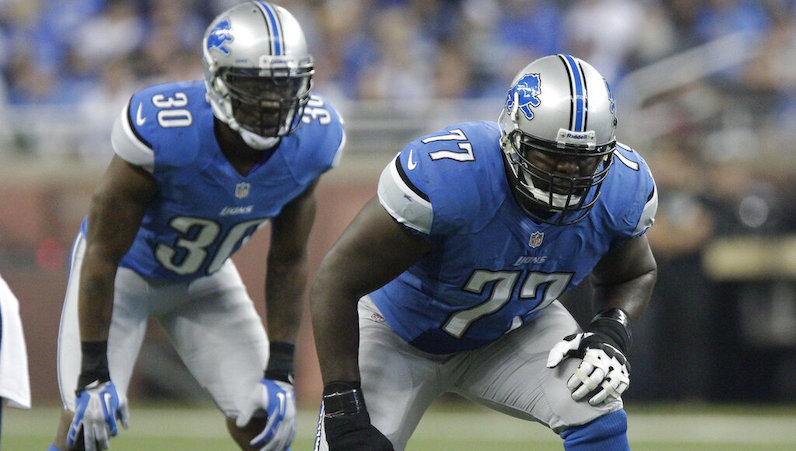 Detroit Lions tackle Gosder Cherilus (77) and running back Kevin Smith (30) during the second quarter of an NFL football game against the Houston Texans at Ford Field in Detroit, Thursday, Nov. 22, 2012. (AP Photo/Duane Burleson)

Kevin Smith, one of the most prolific running backs in recent college football history, will join Mario Cristobal’s staff at Miami. Smith will become the program’s running backs coach.

A native of Miami, Smith had an incredible career at Central Florida; during the 2007 season, he ran for 2,567 yards and 29 touchdowns.

After college, Smith was drafted in the third round of the 2008 NFL Draft. He played five seasons for the Detroit Lions.

From Canes head coach Mario Cristobal on the addition of running backs coach Kevin Smith to the Miami staff: pic.twitter.com/m8DhiTtK2R

Since retiring from football, Smith has been an assistant coach at UCF, Florida Atlantic and, most recently, Ole Miss. During the 2020 and 2021 seasons, Smith worked as the running backs coach — with Lane Kiffin in Oxford.