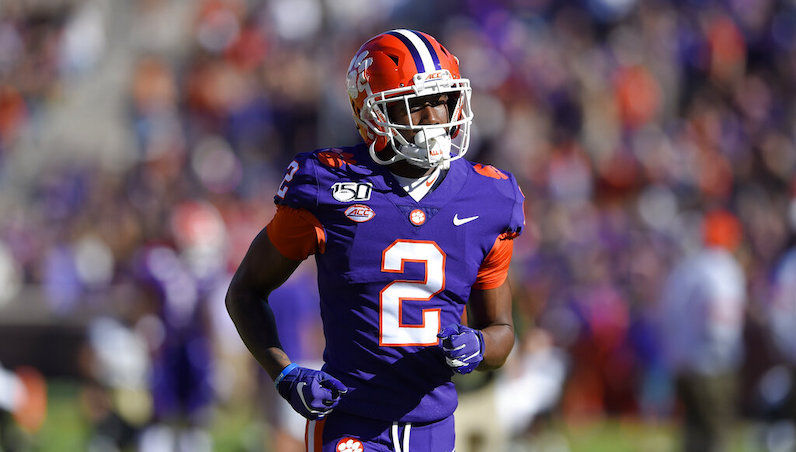 Clemson's Frank Ladson Jr. runs down the field during the first half of an NCAA college football game against Wofford Saturday, Nov. 2, 2019, in Clemson, S.C. (AP Photo/Richard Shiro)

Despite nearly winning the Atlantic Division, the 2021 season has been somewhat unkind to the Clemson Tigers. Admittedly, this program operates under ridiculously high standards.

One of the ways Clemson’s built such a powerful program over the last decade has been the ability to retain talent on the roster.

Phommachanh was one of the top dual-threat quarterbacks in the 2019 recruiting class; back in Jan. 2019, he committed to Clemson over Florida State.

The 6-foot-3 quarterback never saw much of the field, though. While working as a career backup, Phommachanh completed just 22-of-48 passes for 204 yards, one touchdown and three interceptions. Even as DJ Uiagalelei struggled this season, Phommachanh was unable to distinguish himself as the preferable option under center.

When Ladson entered Clemson in 2019, the 6-foot-3 wideout looked like he could turn into The Next Big Thing. In recent years, Clemson’s done very well recruiting and developing tall wide receivers; however, Ladson, a top-50 prospect in his class, never quite turned the corner.

A junior from Miami, Ladson recorded 31 receptions for 440 yards and nine touchdowns over three seasons with Clemson. During the 2020 season, Ladson had 18 catches for 281 yards and three touchdowns. Ladson started first game games of the season. After suffering an injury, though, Ladson missed the final seven games of the 2021 campaign.

Uneasy times on the horizon for the Clemson Tigers?