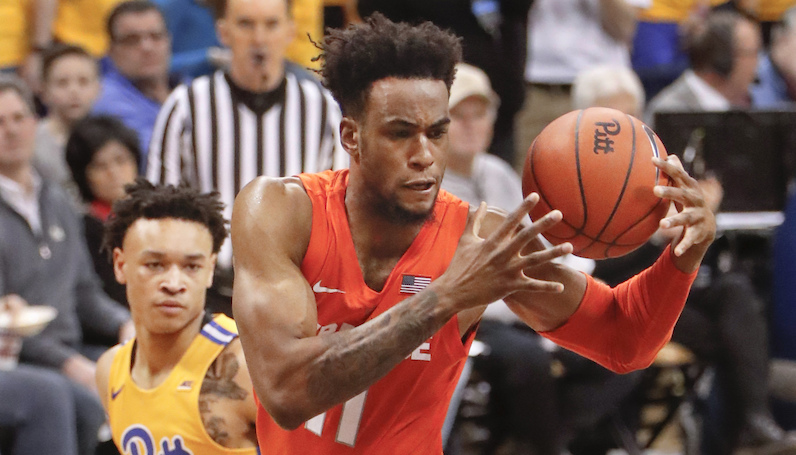 Syracuse's Oshae Brissett, right, gets the ball as Pittsburgh's Trey McGowens, left, defends during the second half of an NCAA college basketball game, Saturday, Feb. 2, 2019, in Pittsburgh. (AP Photo/Keith Srakocic)

With Battle and Brissett gone, Syracuse looks to Hughes for offense