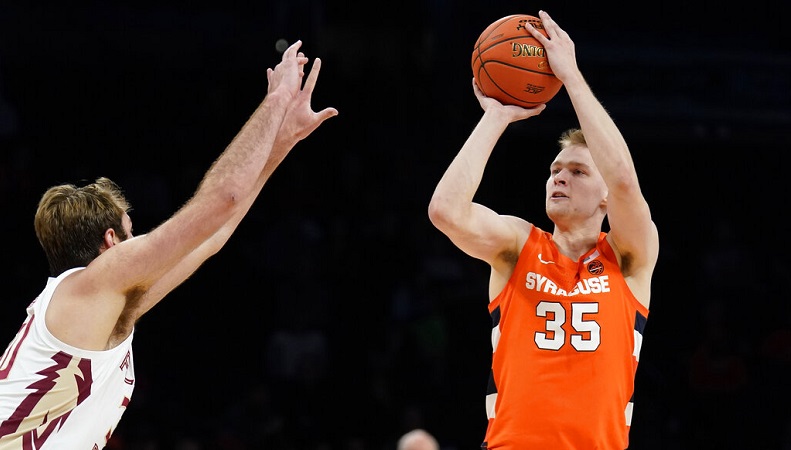 The Atlantic Coast Conference today announced a one-game suspension for Syracuse’s Buddy Boeheim as a result of a flagrant act committed during the first half of the Syracuse-Florida State game.

Boeheim struck Florida State’s Wyatt Wilkes in the stomach during the first half of the Orange’s 96-57 victory over the Seminoles. He later released an apology via the Syracuse basketball Twitter account.