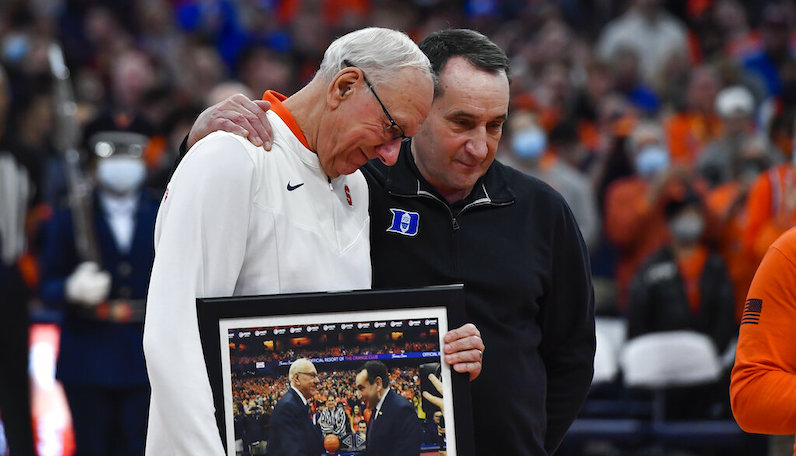 Listen to his words: Jim Boeheim plans to return for the 2022-23 season at Syracuse.

The 2020-21 season has been disappointing for Syracuse. The Orange fell to 15-14 (9-9 ACC) following a home loss Saturday night to Duke, 97-72. Once again, Syracuse’s defense was shredded. Playing without center Jesse Edwards for the fifth time, the Orange allowed 1.57 points per possession; Duke feasted at the rim (nine dunks) and from beyond the arc (15-of-32 3PA).

Follow the Duke defeat, Boeheim was asked if he plans to be back next season; his response amounted to a resounding “yes.”

Boeheim stressed that he’s told recruits that he plans to be back, too, which seems simple but is rather important. With five commits, Syracuse has a top-25 recruiting class for the 2022 cycle.

The unnamed recruit that Boeheim referenced in the press conference is 4-star combo guard Judah Mintz.

Those three ACC programs, along with DePaul, remain in the running to land Mintz.